Skip to main content
How To Throw A 90s Theme Party, As Told By Someone Who Grew Up In The 90s
Stay In
1y ago

How To Throw A 90s Theme Party, As Told By Someone Who Grew Up In The 90s

I’m going to channelize my inner Celine Dion and say it aloud, “My heart will go on and on” about my love for the 90s.
If you like me are a fellow millennial, who grew up collecting cassettes, dancing to “Ice Ice Baby” and watching Shah Rukh Khan movies, I’ll need you to sit down for this announcement. Well, here’s the thing, we grew up in the 90s and it still feels like it’s been a decade since but in reality, it’s been 30 years!

Nobody uses music cassettes anymore, our beloved Maruti 800 has become a vintage car and no one born after 2000 will ever know of the joys of using a landline.

The 90s is officially a throwback feeling that brings in nostalgia to everyone who’s lived through it.

That’s why it’s the perfect theme party idea. It can be the theme for your next birthday party, your bachelor’s party or even for New Year’s Eve. Either way, you’ll need some help planning it and who better to help than me, a true blue 90s person.

Themed e-invites to set e-nstant feels
Nothing like a flashy e-invitation card to set the mood of the party. The 90s was all about colour splats, neon explosion and geometric shapes. Use these themes when creating an e-invite. You can use this website, that has free templates that you can customise to make your own 90s theme party card. This should get your friends excited about what’s in store. 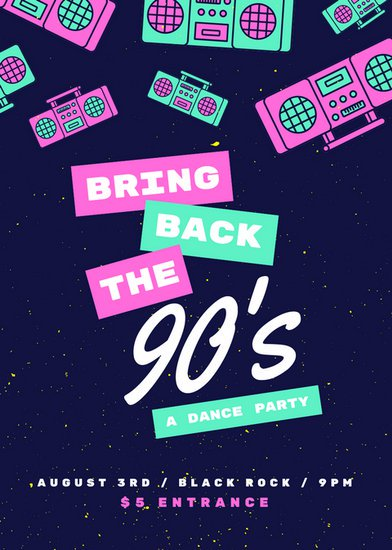 Decorations straight outta the 90s
I’m sure we all have that one box of toys and collectables we’ve all saved from our childhood. Things like your Nintendo Gameboy, Tamagotchi, Ludo boards, Walkman, cassettes, CDs and all other things you’ve hoarded from the 90s will make for great décor items. Place them around your home to set the décor. You can make DIY items out of some of these finds too. For instance, you can cover a wall will CDs of your favourite bands. That can also be a great way to show off your rad collection once more, 30 years later too! 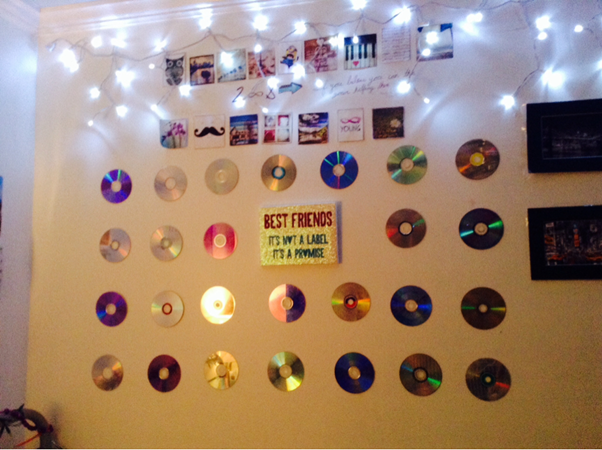 Look for those old Backstreet Boys or Spice Girls posters. They’ll make for great wall hangings. You can also use old cassettes as food labels at the table. 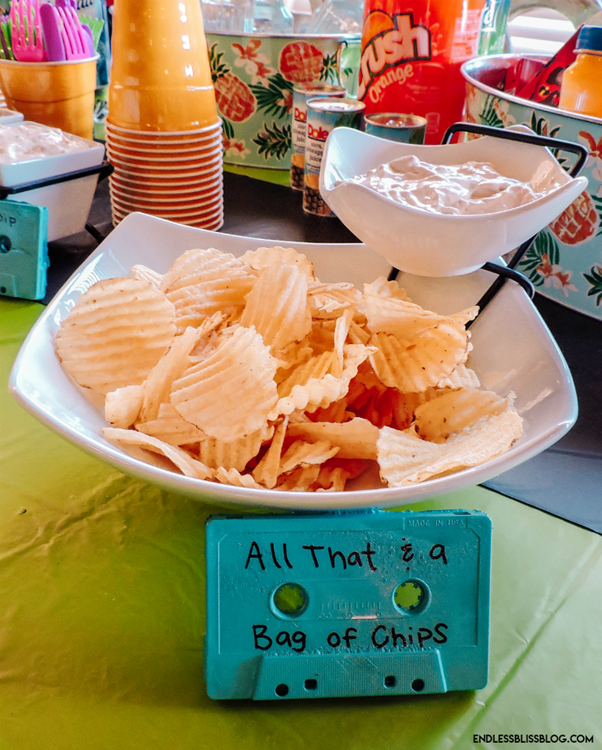 Think of other such nostalgic things from that era that you can repurpose at your party and you’ll have the best party décor ever without having to spend a dime.

Dress code to impress the 90s costume police
A 90s party calls for those somewhat awful overalls that you’d otherwise have no reason to wear. Denim, neon t-shirts, baggy pants, bandanas and all that old-school fashion work perfectly with this theme. In case you’re confused, you can look for inspiration in 90s movies and TV shows. Karan Johar threw a 90s theme party where everyone dressed up as characters from the 90s movie and that seemed absolutely fun. 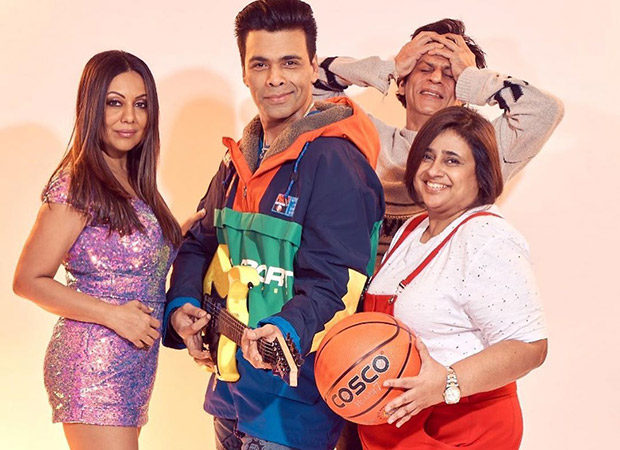 Say no to selfies and yes to polaroid
Nothing like an old polaroid picture to give you that vintage vibe. Ask your yaars to put down their phone cameras and skip those selfies. Instead buy a polaroid like Instax to take pictures on the go. 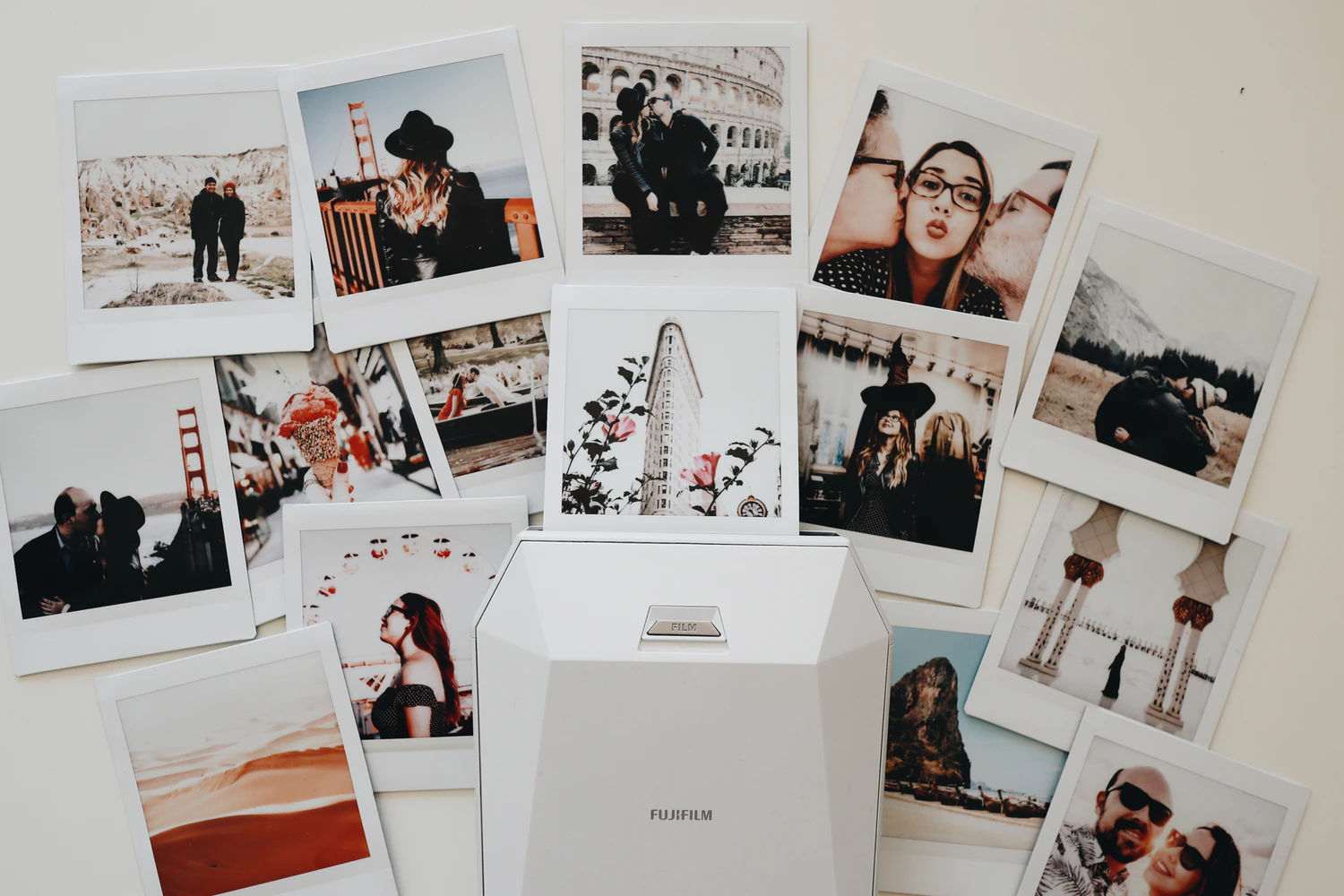 Create a photo booth
You can take the polaroid idea one step further by setting up a designated photo booth with props. You can buy a set of popular party props here, or you can pick and choose your own 90s props like a hip hop cap, chokers, slap bracelets, stick-on earrings, temporary tattoos, colourful sunglasses, Shah Rukh Khan’s “Cool” neck chain from Kuch Kuch Hota Hai, CD covers of your favourite bands and everything you can think of when you remember the 90s. 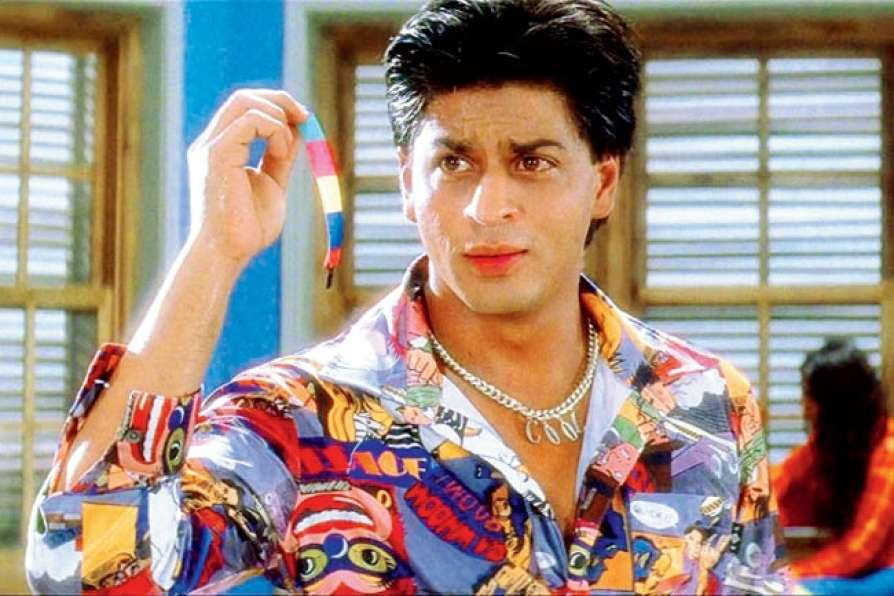 90s nibbles
Think of all the amazing things you ate as kids. It's time to bring them back. The totally awesome threesome of samosa, wafer and cake is a must. Your yaars won’t mind the binge in the name of nostalgia for a day. For snacks, pull out a large bowl and throw in together a mix of all your favourite assorted chips from Kurkure to Lays and Cheetos too. Tell me of a better snack idea for a 90s kid, I’ll wait.
You can do the same with candy, and put together all those favourite sweets like Poppins, Nutties, Gems, Coffy Bite, FataFat, Melody etc. 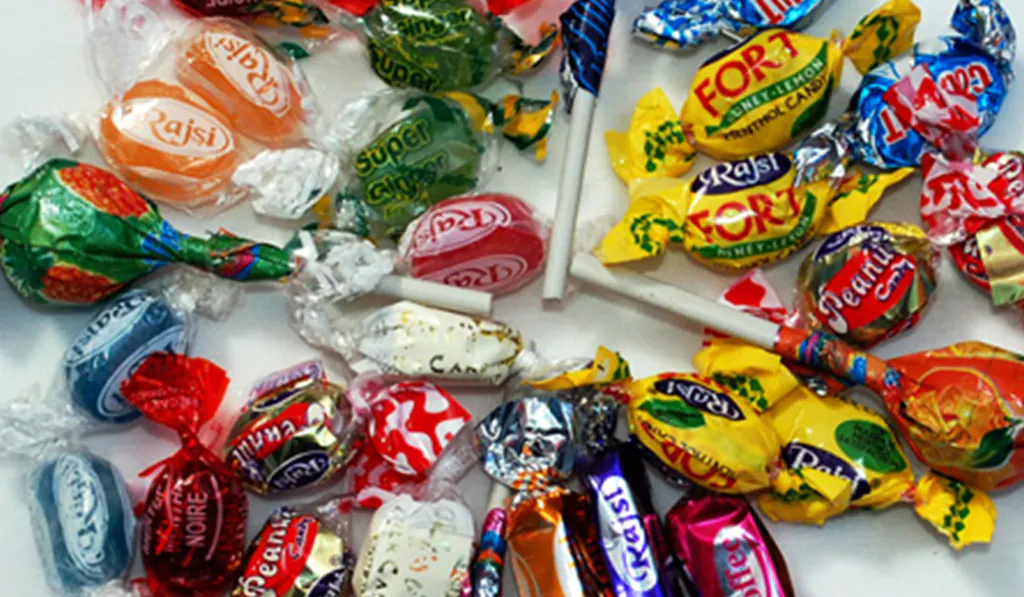 PS: For plates, don’t stress about the expensive cutlery, every 90s kid is more than comfortable using paper plates like in the good old days. This way you can tap into nostalgia and save the effort of washing cutlery later.

If you’re a millennial like me, a glass of McDowell’s on the rock with your yaars is good enough to remind you of the good times. But since it’s a party, you can try out these 90s themed cocktails we’ve concocted especially for this occasion. These include popular cocktails like the dirty martini and a special jello flavoured one.

Also Read: How To “Cocktail” Like It’s The 90s All Over Again

Music for the millennial in you (and your yaars)
When it comes to music, I bet everyone has their own 90s playlist. If you don’t already, you can check out this classic 90s music on Spotify which has the perfect theme songs right from Britney Spears to Vengaboys, Ricky Martin and some so old they might actually surprise you. Don’t you want to groove already?

Keeping up the fun with karaoke
Divided by Twitter opinions but united by old Hindi songs, there’s nothing like music that can bring out the 90s kid in you. Everyone loves dancing or singing to those superhits like “Oh Oh Jane Jaana”, “Pehla Nasha, “Tujhe Dekha To Yeh Jaana Sanam” and the likes. Set up a karaoke station for your yaars. If you don’t have a karaoke machine, here’s a YouTube playlist for Hindi karaoke 90s theme songs. 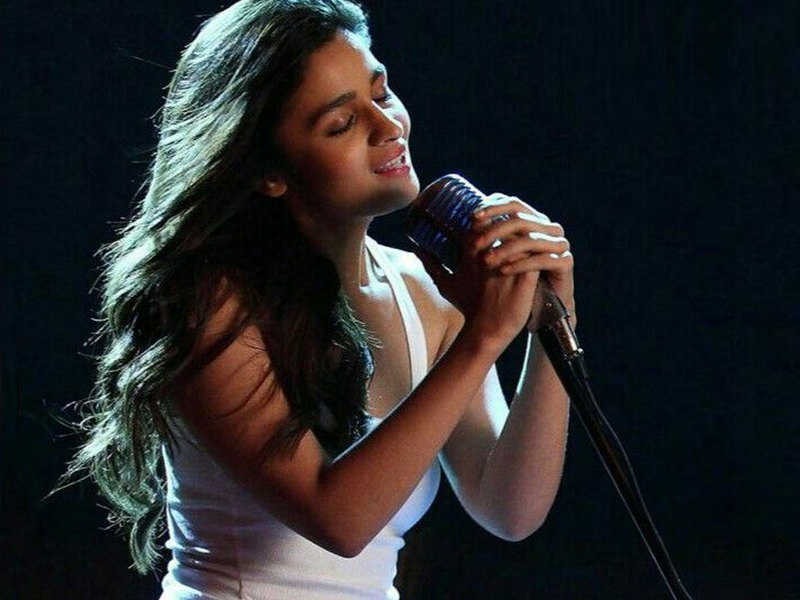 Okay, now you’re officially ready to party like it's 1990!

PS: Don’t forget to have fun at your own party, my fellow 90s friends. 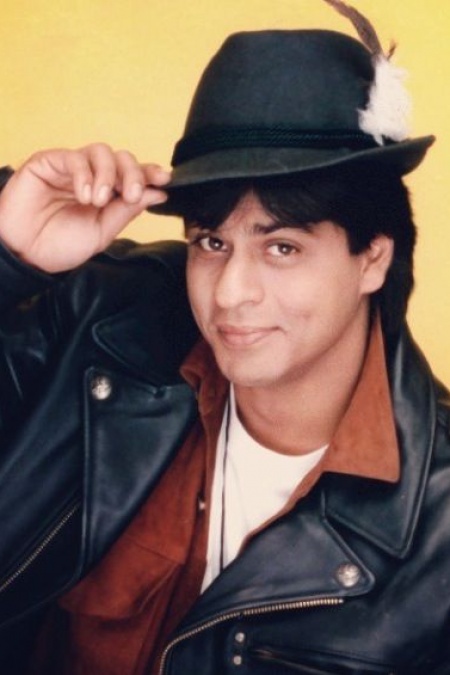 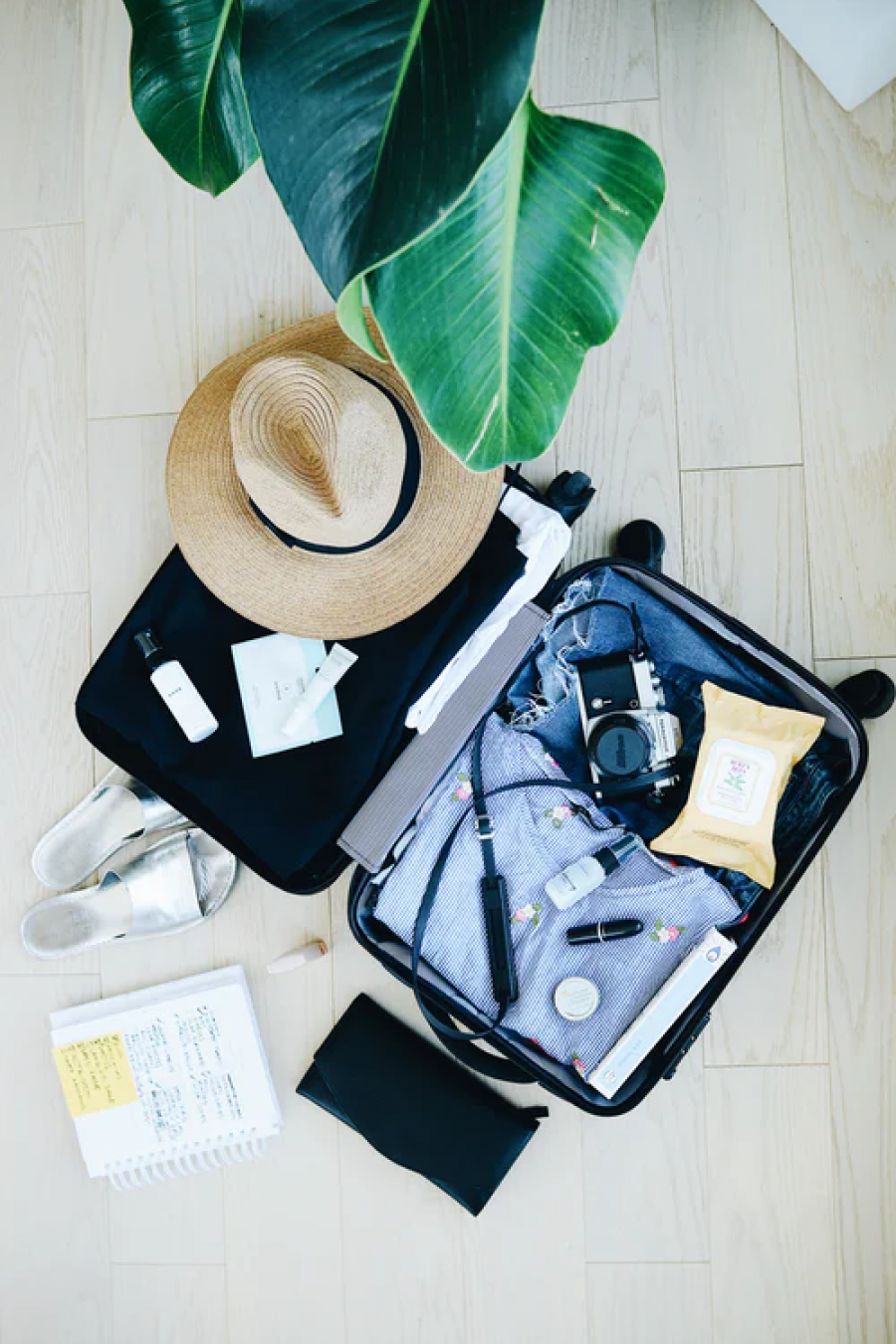 9 Hatke Resolutions That You Can Take This New Year’s