Skip to main content
SRK On Work, Passion And Inspiration At The Signature Masterclass
Promotions
Exclusives
2y ago

Vanessa Luis
Signature
Movies
PassionToPaycheck
Missed seeing this legend live? Here’s what he had to say

The most inspiring stories are the ones with humble beginnings. There are many celebrities who’ve spoken about their journey to fame. We’ve heard titbits of their stories all over the internet.  But, there’s only so much that Google can tell you.

The real details are best given by the superstars themselves. The Signature Masterclass brings to you such #PassionToPaycheck stories through a one-on-one with these celebrities. The third season of this show kicked off with none other than the Baadshah of Bollywood, Shah Rukh Khan.

SRK took to the Signature Masterclass stage at the Club Regal, Shalimar Paradise in Lucknow, to share his journey of following his passion, the struggles and successes, and everything that led him to becoming the King Khan we know today.

If you missed seeing this legend live, here’s what he had to say about work, passion and inspiration. 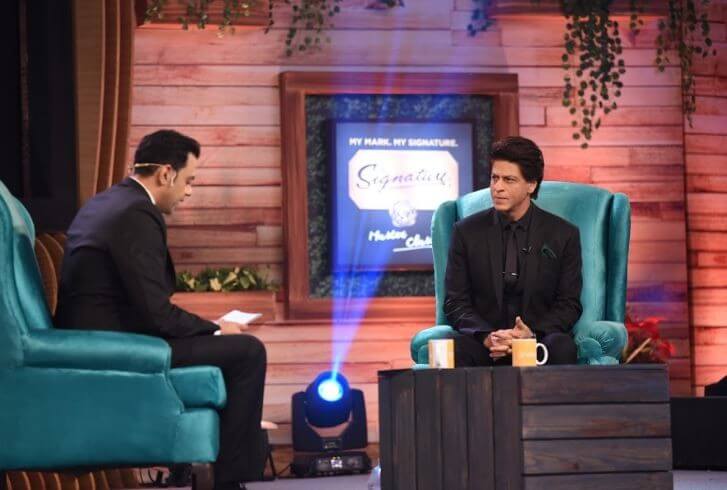 On why work doesn’t seem like work
Shah Rukh Khan began his career over two decades ago. He started as a TV serial actor on shows like ‘Circus’ and ‘Fauji’. In the early 90’s he made his entry into Bollywood and since then has given us one super hit after another. Even now that he’s in his 50s, he has a new film release almost every year. Yet, he claims that he hasn’t spent a day working because “when one turns their passion into a career, work doesn’t seem like work.”

On converting #PassionToPaycheck
He recounts his early years where he auditioned for every role possible in the industry. He then shared his journey of following his passion, while overcoming roadblocks and celebrating triumphs he experienced on the way. He sums up his journey saying, “Let the passion you have, pay for your life.” 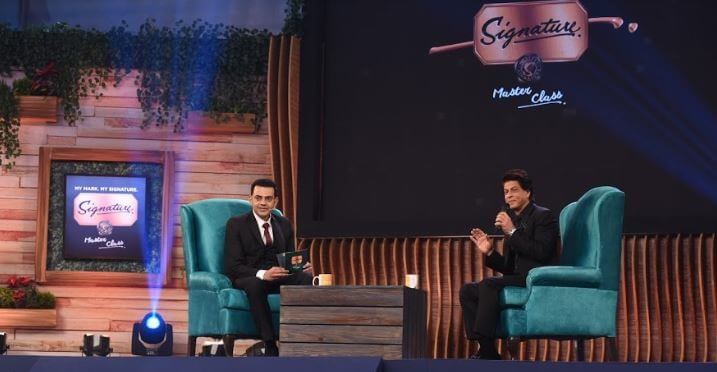 On inspiring the next generation of stars and innovators
At the Signature Masterclass, Khan shares his most intimate struggles in front of a crowd of over 2000 fans. He addressed them saying, “Every day, there are millions of people who come to Mumbai like I did and dream to make it big and be the next Shah Rukh Khan. My journey was filled with self-doubt, yet I had the determination to make it big. I hope after today’s event, I have inspired some to work hard and overcome any hurdles to bring their dreams into reality.”

If SRK’s journey seems inspiring to you, tune into viu.com to catch the rest of his story. You can also catch Mumbai-based Alternative Rock Band - Anand Bhaskar Collective, who performed at the event. 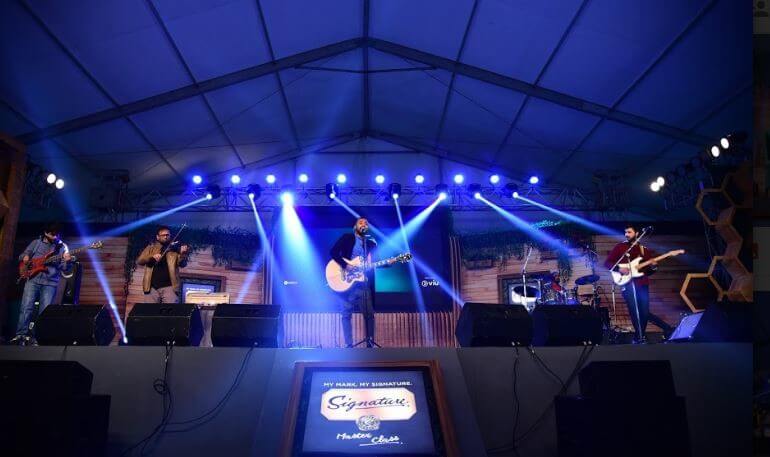 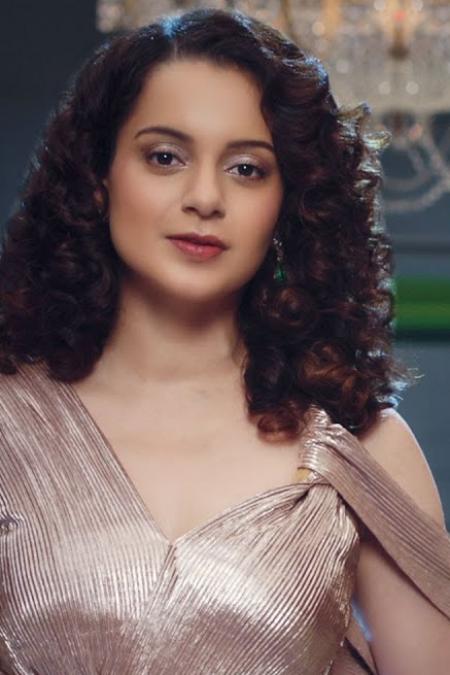 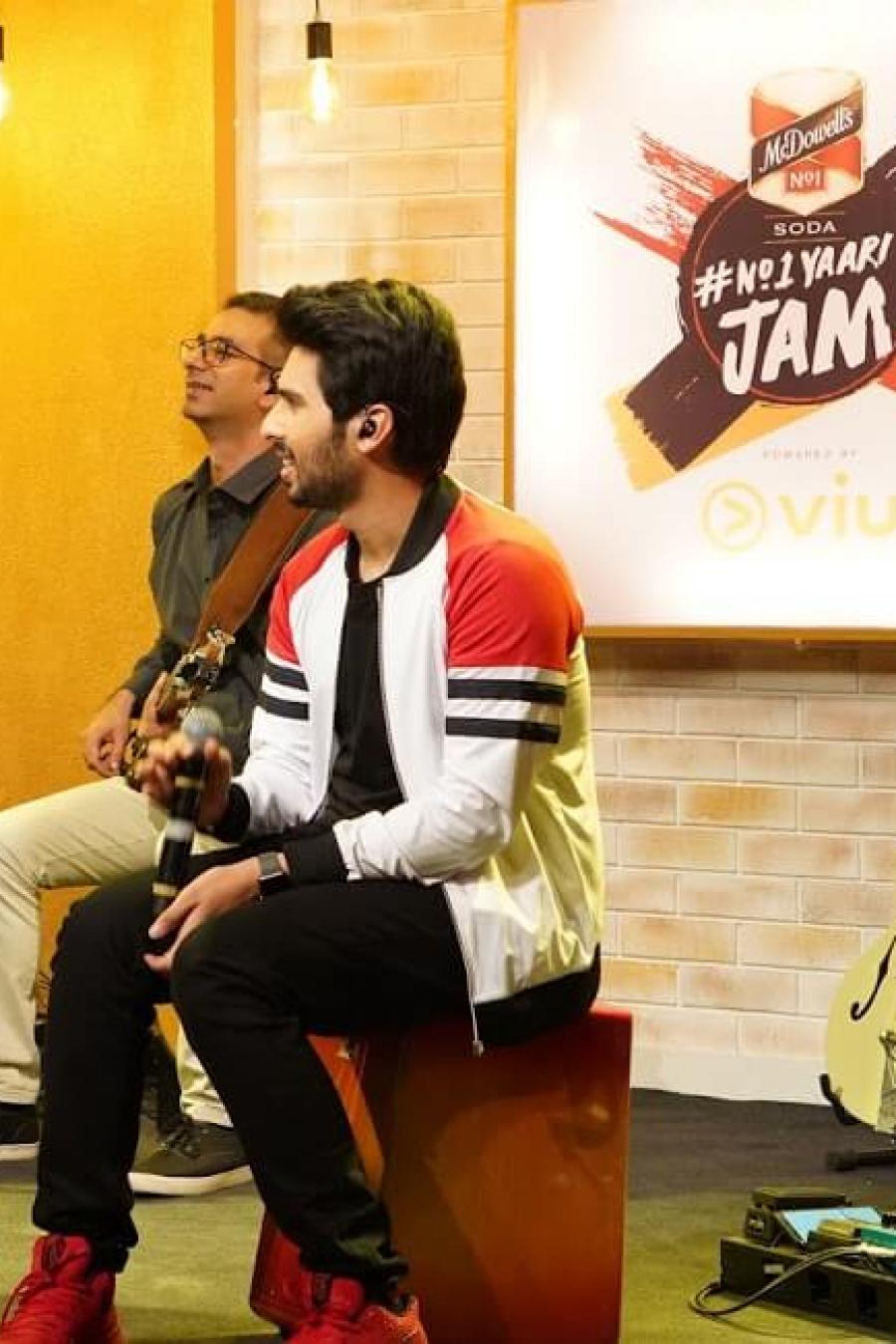