Vanessa Luis
Signature
She came, she spoke, she conquered hearts.

She came, she spoke, she conquered hearts. No wonder Kangana Ranaut is called the Queen of Bollywood. We know about her humble beginnings and her profound winnings. But what happened in between? She gets candid about it all on the Signature Masterclass, season 3. Read on to know all about her #PassionToPaycheck journey that brought her from Manali to Mumbai.

What growing up as a child in a traditional family in Manali was like…
She calls herself the ignored middle kid who was very sensitive to everything around her.

Her first big move from Manali to Chandigarh…
This pahadi girl was bold enough to leave her safe hometown for better education and more ambitious life. 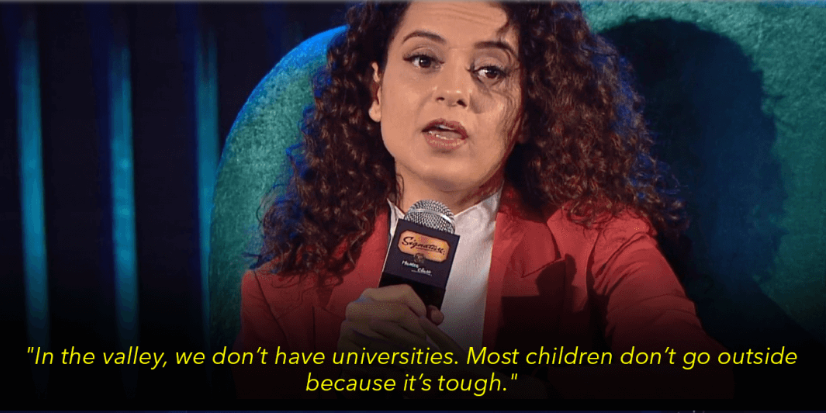 Hostel life, her big reality check…
Entering the big campus and joining the hostel was no easy feat. She soon found out that life outside the valley can really be tough. 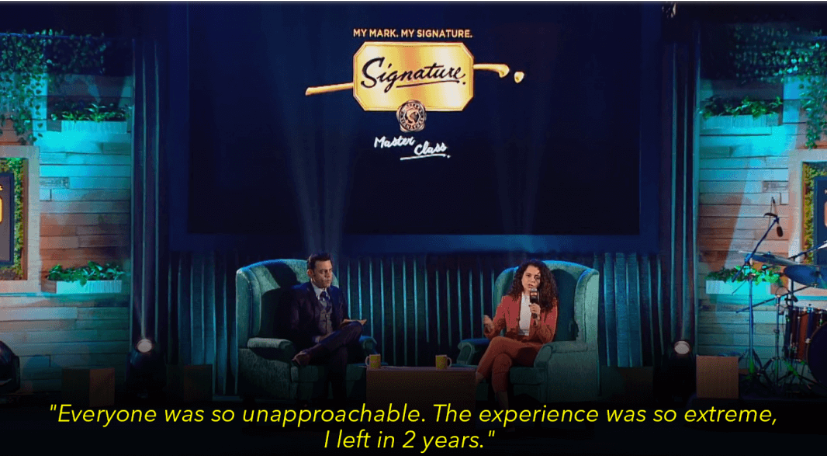 But there was no going back from here. In true Queen Kangana style, she only moved forward, this time to Delhi.

A brief stint in Delhi that came with a big realisation of life…
It’s safe to say that Kangana who would go on to become such a great actor had no clue what her passion was until she got to Delhi.

Did you know that she was disqualified in a beauty pageant?
Take a guess why. 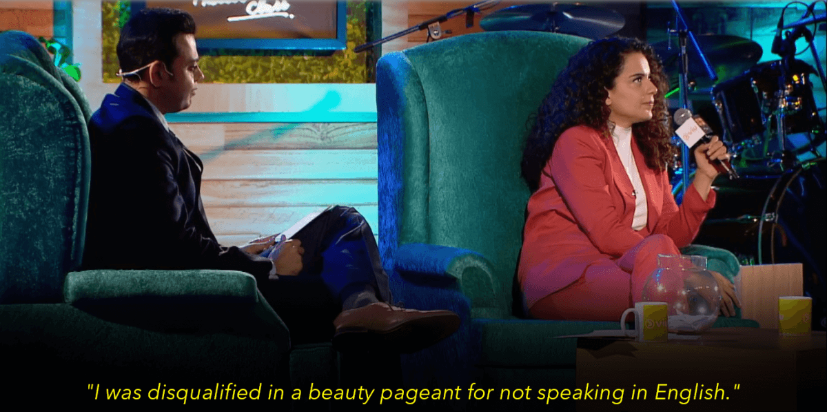 From Delhi to Mumbai
Her time in the theater group in Delhi landed her a job in Mumbai. And once she set foot in tinsel town, her world changed, as we know it. 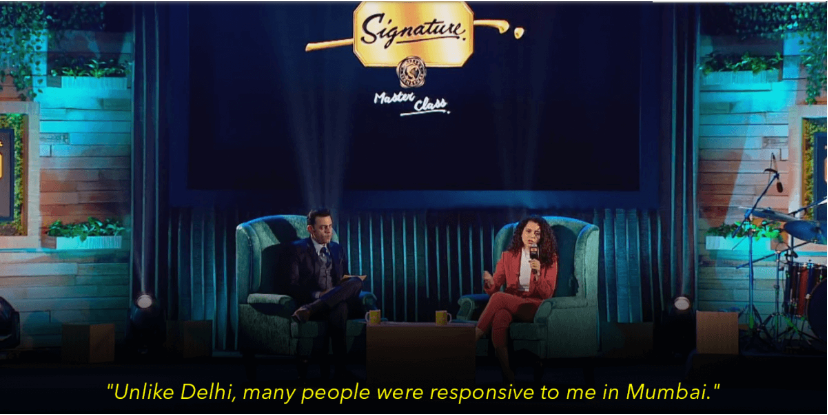 She almost lost her role in Gangster because she didn’t have a passport to travel
Gangster was the movie that brought Kangana into the limelight. But to be a part of this movie that was shot in Seoul, she needed a passport. 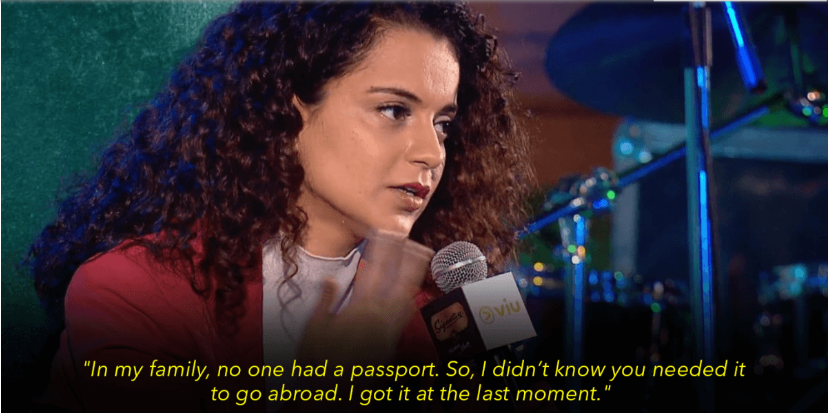 So many hit films. Good thinking or good luck?
With a range of blockbusters, it makes one wonder what went into choosing these movies.

Surviving the long gap between Fashion to Queen when work wasn’t too good
Fashion was one of her big hits and so was Queen but there was a 5-year gap in between. She realised she wasn’t getting any good roles in that time. But that didn’t stop her. 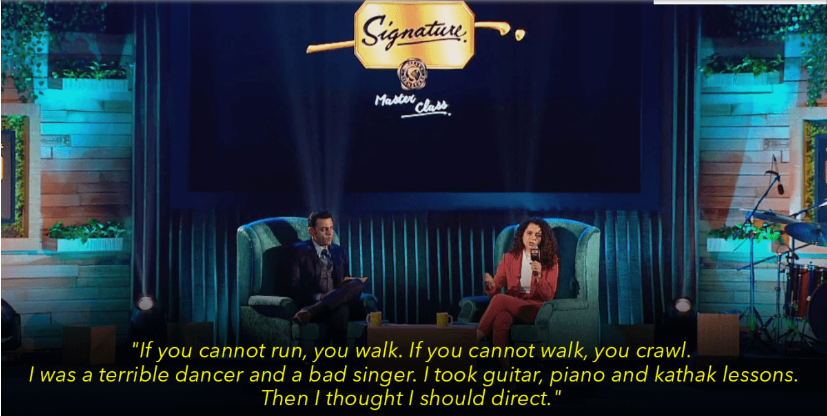 From Acting to Directing
Today she isn’t only an actor but also a director. “Manikarnika: The Queen of Jhansi” is proof of her talent and hard work. 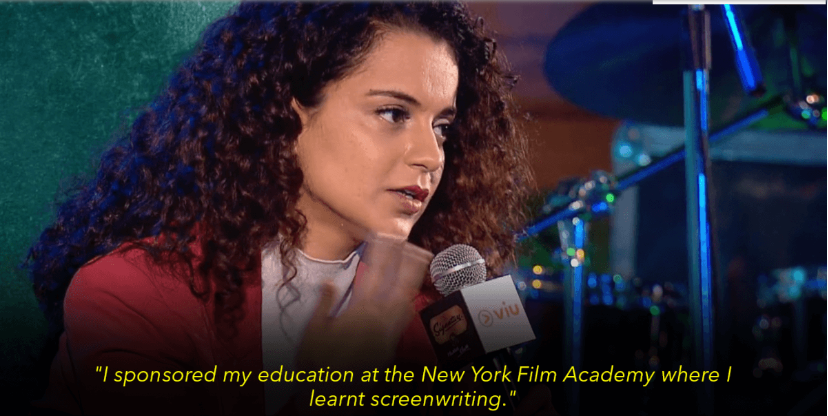 Why she is grateful to every role she ever took up?
She admits that every role she took up had a plan behind it. And we got to agree, she is a smart girl!

On advising people who are still finding their place in life
This self-made actor with a #PassionToPaycheck story has a valuable lesson for everyone, so you better listen up! 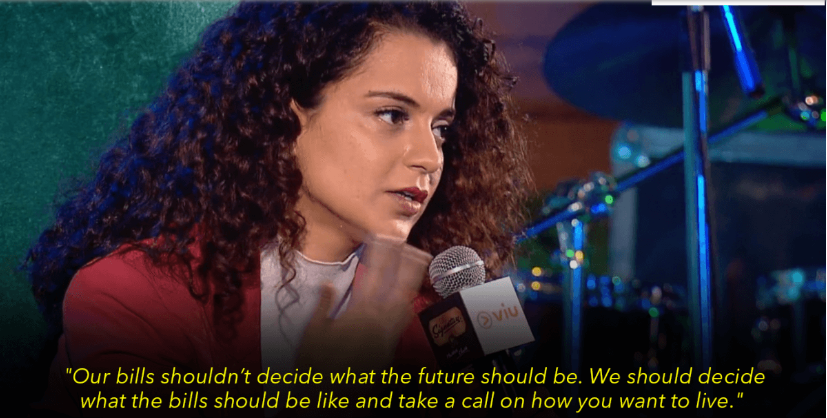 That’s not all she had to say. In true Kangana Ranaut style, she reveals all about life, work and passion on the Signature Masterclass on Viu. Catch the episode here for more. 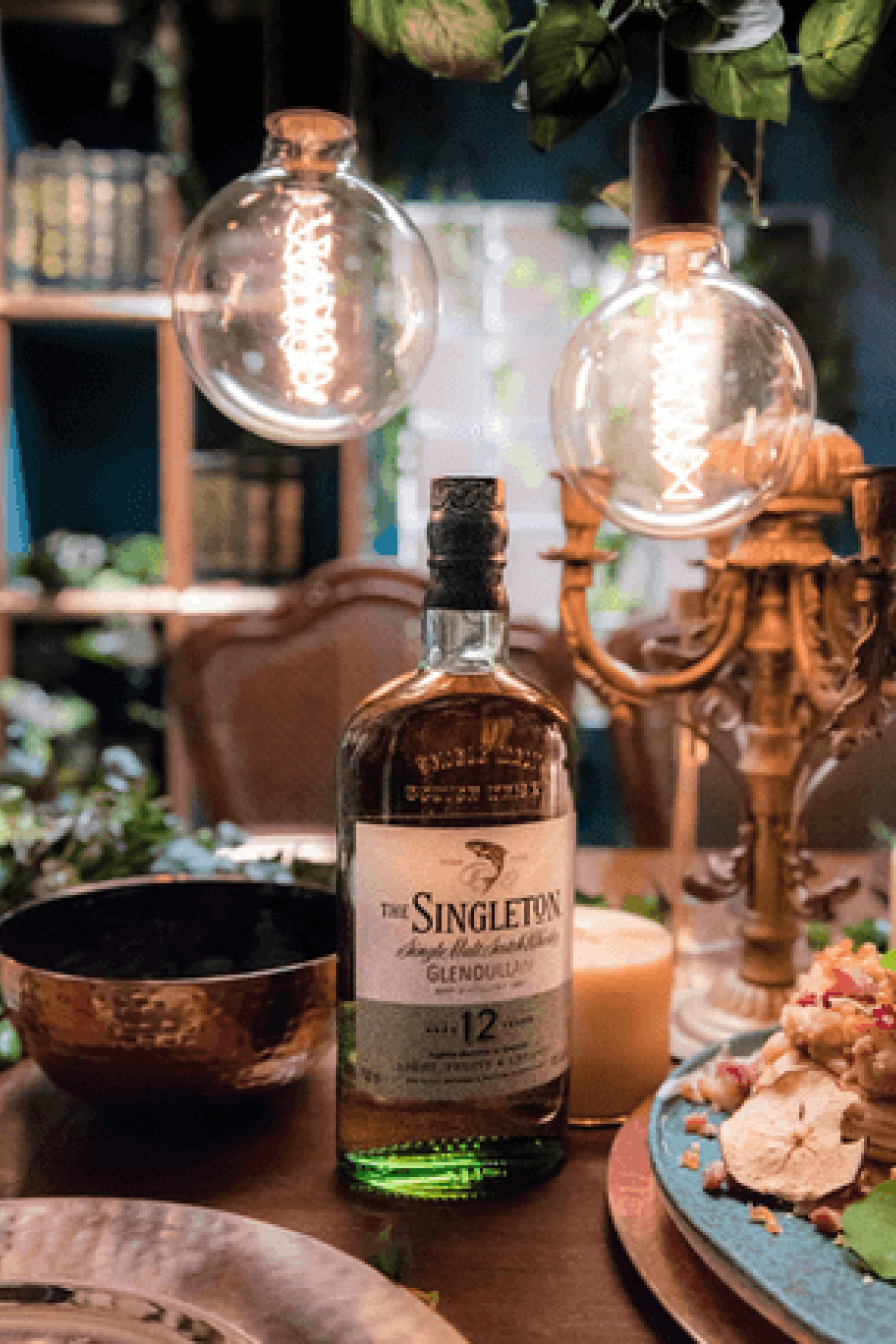 Delhi, Tease Your Senses At The #SingletonSensorium This Weekend
Promotions
1y ago

Delhi, Tease Your Senses At The #SingletonSensorium This Weekend