Skip to main content
Get Stuck In A Yaari Jam With The No.1 Jodi Of Amit Trivedi And Amitabh Bhattacharya
Promotions
Exclusives
2y ago

One of the most important parts of friendship is harmony.

And building this harmony comes naturally when both of you like the same kind of music!

As an ode to such partnerships-turned-yaaris in Bollywood, McDowell's Soda #No1YaariJam TV Show brings musicians in for a candid chat and jam session.
On the 3rd episode of the now popular show, hosts Salim Merchant and Anuskha Manchanda brought together what he calls the 'atrangi but satrangi' duo of Amit Trivedi and Amitabh Bhattacharya!
While these two musical masters have given us one hit after another, there's a lot that goes behind the notes.
The episode explored how their yaari, just like their music, is in perfect sync, which lets them pull our heartstrings with songs like Emosanal Atyachaar among many others.
And while you MUST check out the whole episode, here are some of the best highlights from it that we just can't get over!

2. When Amitabh had a hilarious insight to share about their 16 years of yaari. 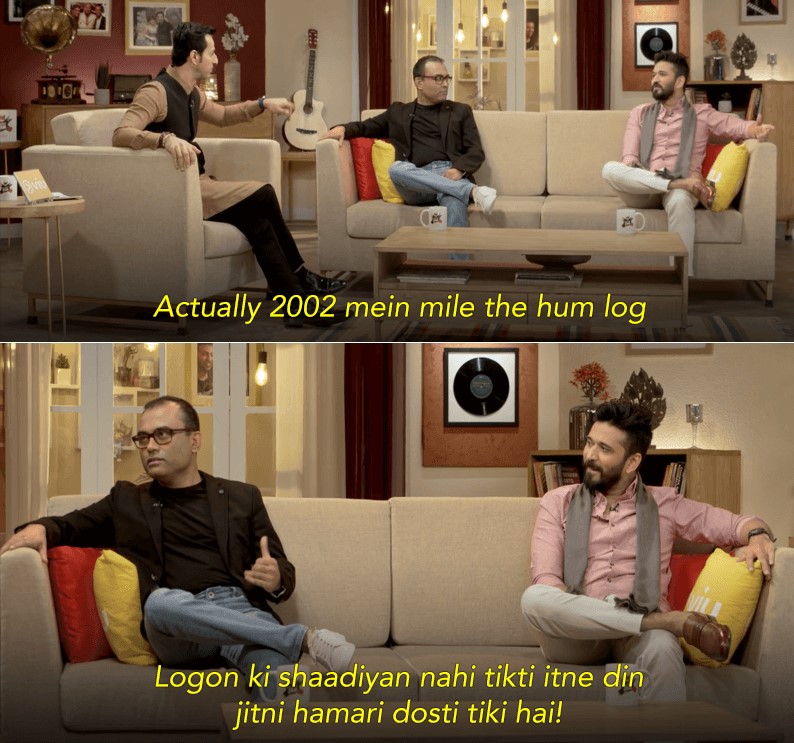 3. When Amitabh told us how their first meeting itself set the foundation of their yaari!

4. When we got to know about the incident behind the invention of ‘Emosanal Atyachaar’s’ bandmasters Rangeela and Raseela. 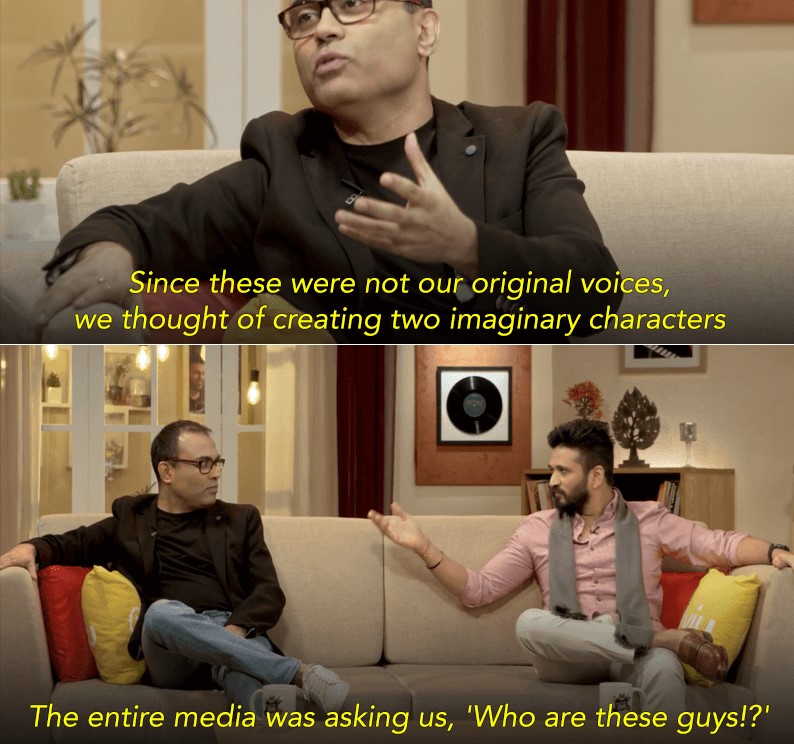 5. When we found out why Amitabh writes the lyrics for most of Amit’s amazing compositions.

6. When we got to know that Amit and Amitabh’s yaari goes way beyond professionalism. 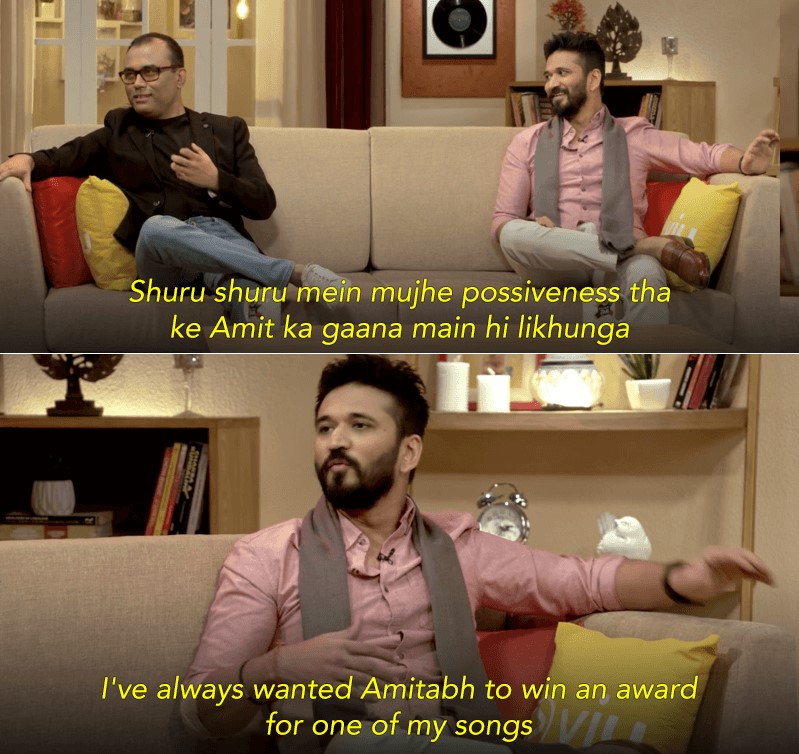 7. When Salim told us about an incident in Jaipur where someone said a line which instantly reminded him of Amitabh. 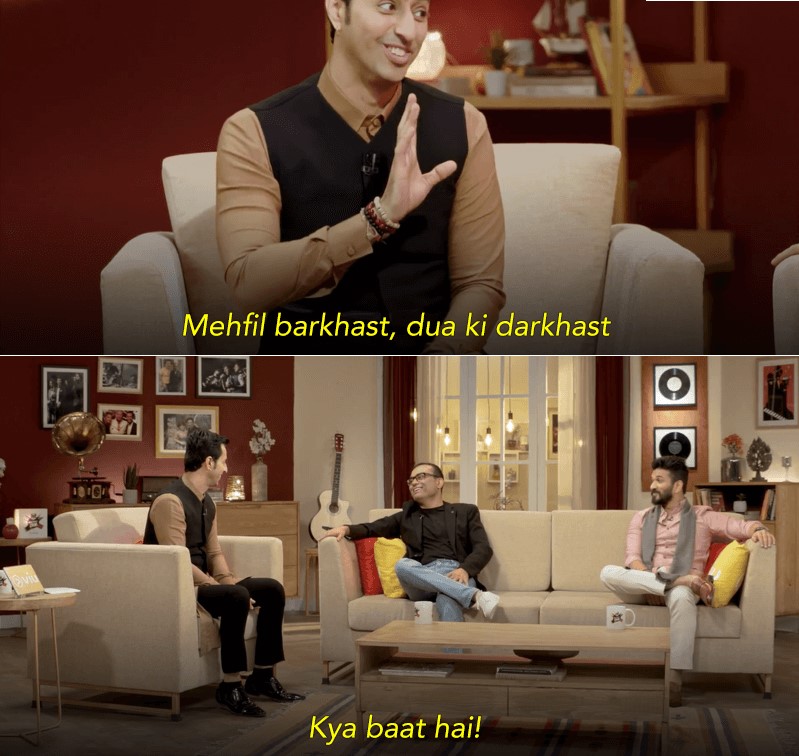 8. When Amit showed us how comfortable he is around Amitabh when it comes to lyrics. 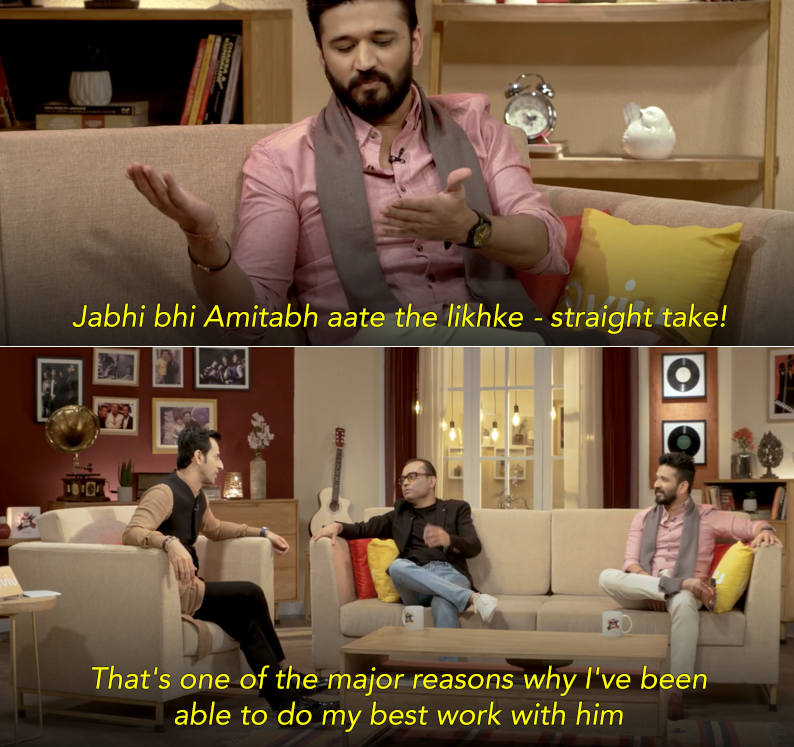 9. When Anushka replied to Salim’s comment about her outfit looking like a prisoner’s who’s escaped from jail 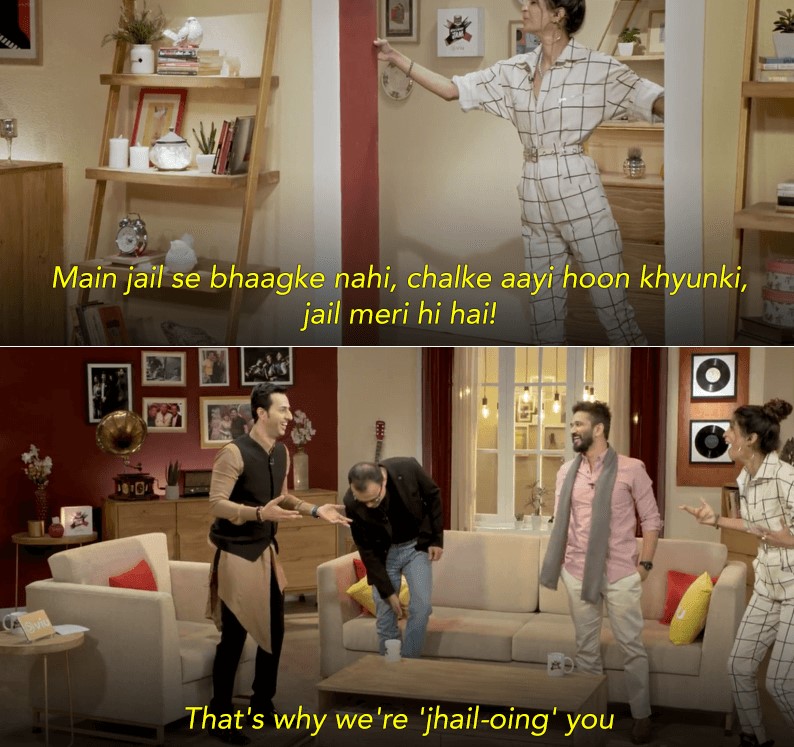 10. When during the Jabaan Samhal Ke round, it was time to pick names for the teams 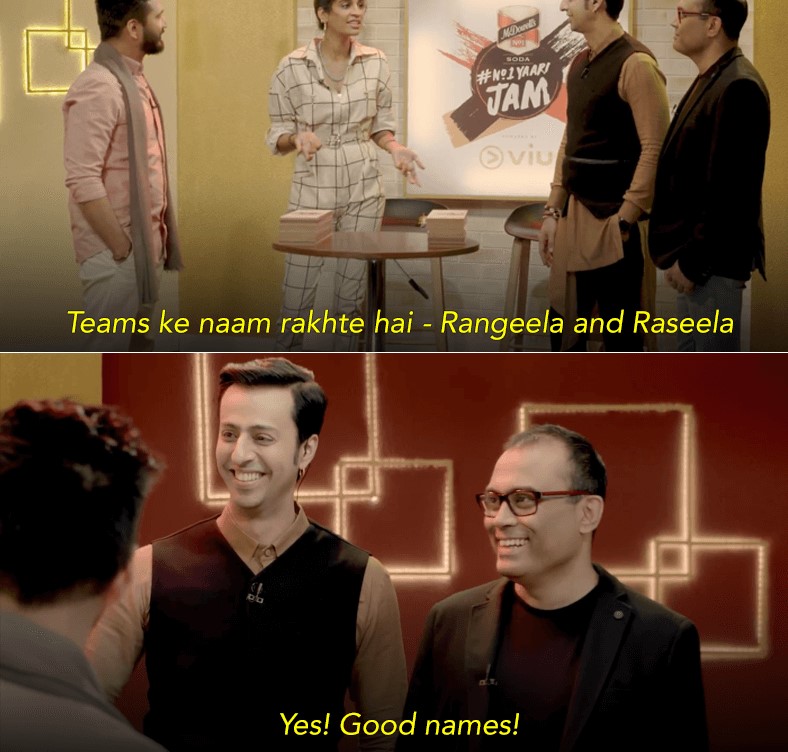 11.  When Salim and Amitabh aced Round 2 of Jabaan Samhal Ke and Anushka openly expressed her jealousy.

12. And when Amit and Amitabh enthralled us with a heart-warming performance of Wake Up Sid’s ‘Iktaara’.

What a treat the episode turned out to be for us Amit Trivedi and Amitabh Bhattacharya fans. From getting to know how their long-lasting yaari came to be, to understanding their song-making process, the episode got us one step closer to knowing these maestros better.

Head to the Viu app here to watch it, and make sure you catch the next episode on Star Bharat on Sunday, 10pm.

Until then, keep on grooving to the beats of the best yaaris in Bollywood! 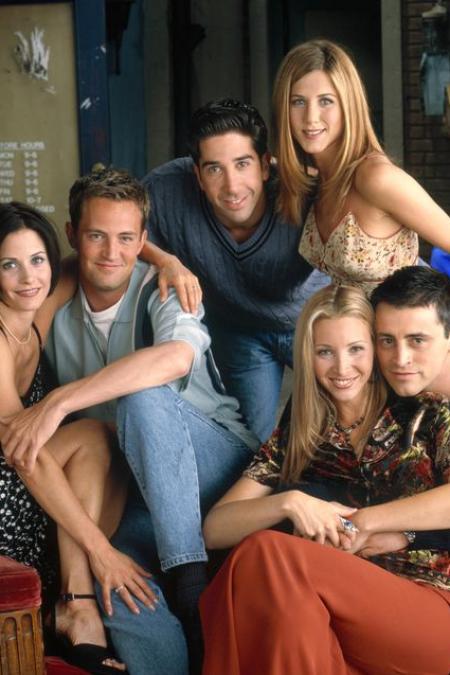 Get Your Dose Of Yaari From These Favourite TV Yaars 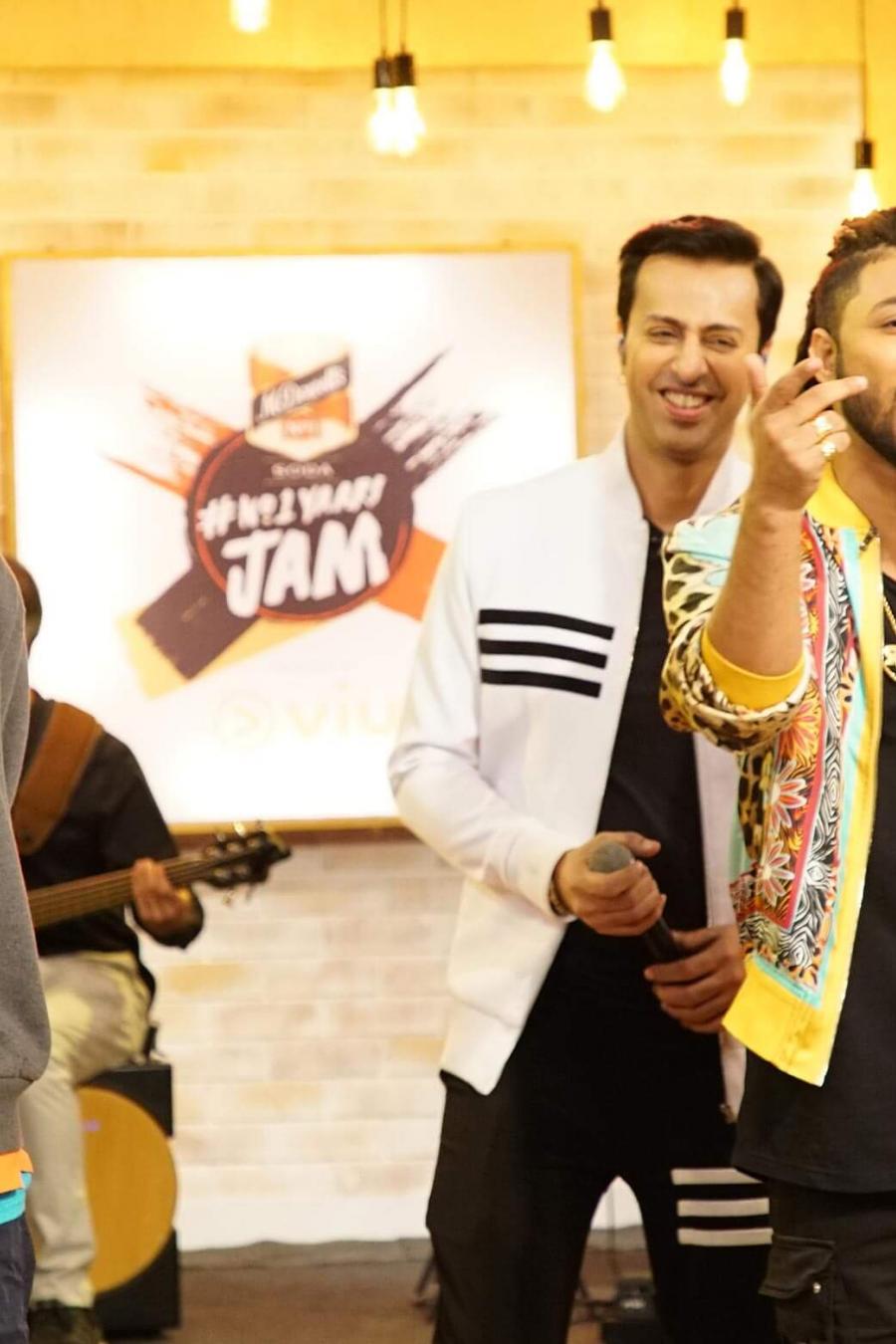