SW
Johnnie Walker
Adventure
Exploration
KeepWalking
Travel
TravelDiaries
Have you checked out this adda yet?

Some things are naturally appealing. Nostalgia (Aye dil hai mushkil jeena yahan) is one of them. Bombay (meri jaan) is the other. But bring both of them together, and you have the irresistible combo in the form of Bombay Adda (remember we’re talking about nostalgia, not political correctness!).  High above 20th Main, 7th Block Koramangala, and across a balcony and seating on two levels, this restaurant is always brightly lit – either through the phenomenally breathtaking wall-window or arches of light, much like the Queen’s Necklace in Mumbai. 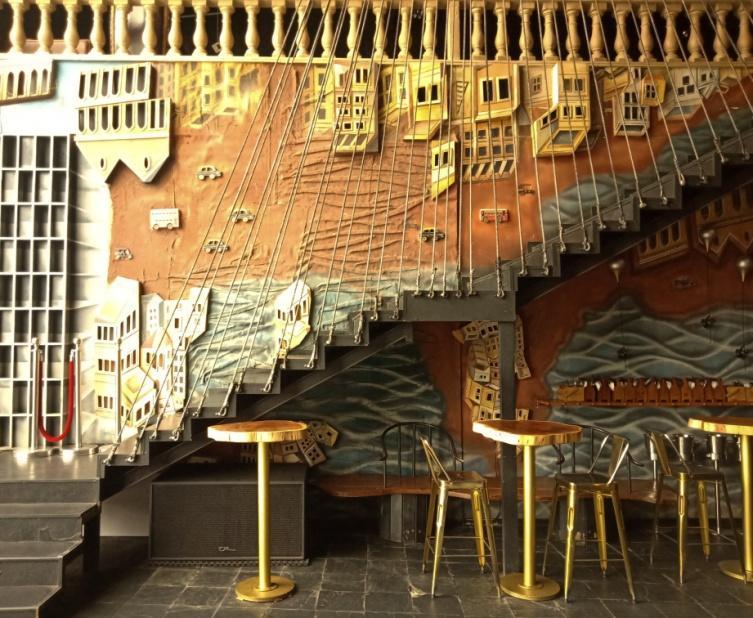 The two design elements that really catch your eye are opposite to each other. One wall has a collage of newspaper clippings showcasing events in modern Indian history, such as posters of Mughal-e-Azam and Anarkali, ad campaigns for Vaseline and Usha appliances, and newspaper clippings of the Bhopal Gas Tragedy and Indian Independence, with the clichéd “Bengaluru is a #Name; Bangalore is an #Emotion” (absolutely true, but absolutely misleading in an establishment trying to romanticize Bombay). 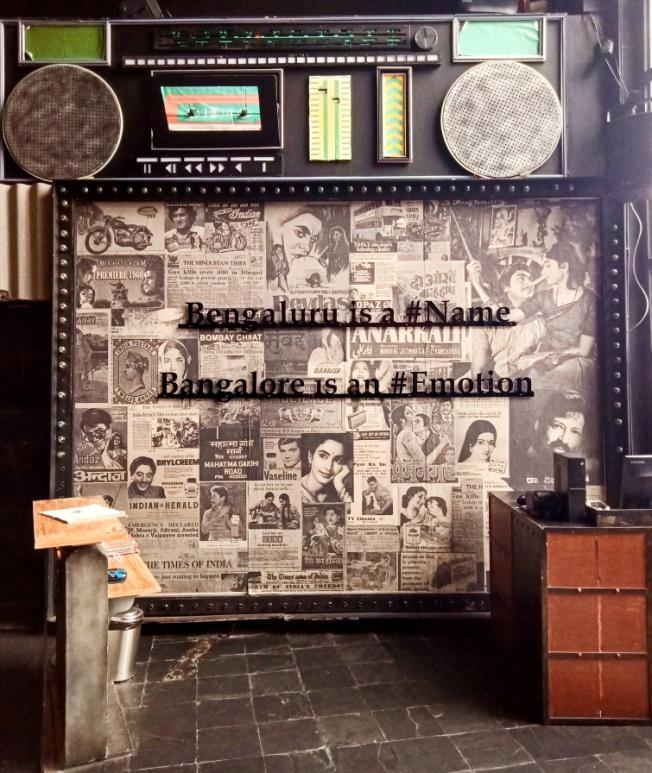 Across the dance floor, on the other wall, is a beautiful mural that weaves in the sea, the art deco elegance of the Colaba art district, and what can only be the Bandra-Worli Sea Link suspension bridge, holding up the staircase (Kahin building kahin traame, kahin motor kahin mill).

Pav Bhaji Fondue
True to Bombay’s amazing ability to adapt, the humble Chowpatty pav is crisped and toasted and skewered only to be dunked into silky, spicy bubbling bhaji goodness. A squirt of lime on the top is just perfection! 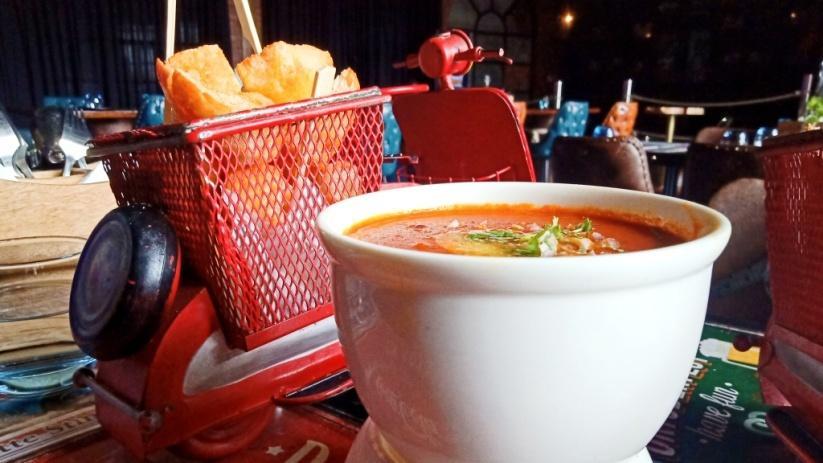 And we dip dip dip!

Spiced Filter Old Fashioned
Nothing short of a genie in a bottle, this cocktail is just the right blend of whisky and “Mumbai adda filter coffee”, served in a crystal decanter full of smoke from burned spices. The spice-smoke infusions give it an earthy texture, much like, dare I say, bacon.  Watch it gurgle out of the filigreed flagon and make three wishes.

Watch this beauty being made!

Floral B 34
This tall glass of kaffir lime and Smirnoff vodka, with a wine foam left a nice bubbly white moustache on my upper lip and took me straight back to endless summer glasses of frothy, airy sugarcane juice and lime soda on the streets of the City of Dreams. 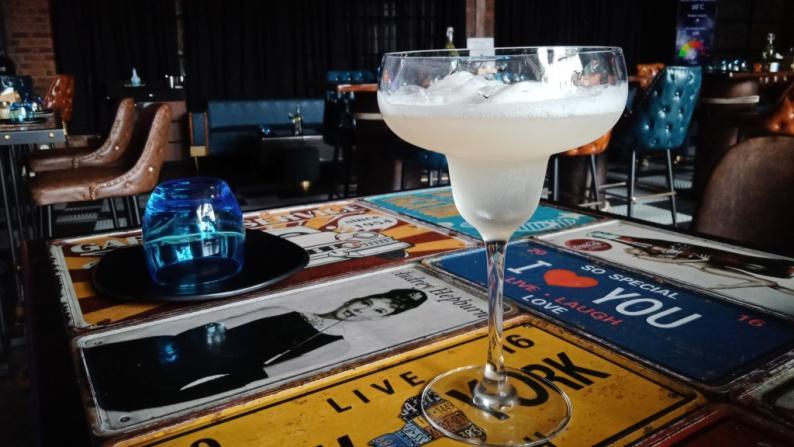 Gunpowder Fish Fingers With Rasam Tartar Sauce
While the name attempts to pay tribute to the South and its presence in the City, these succulent fish and chips are no different from the stiff upper lip British ones, albeit served in a quirky mini-Lambretta on your table. Lose yourself in the trust and security of moist, warm fish, like you did standing on daddy’s Chetak all those years ago, throwin’ your hands up in the air (saying ay-oh, gotta let go)! 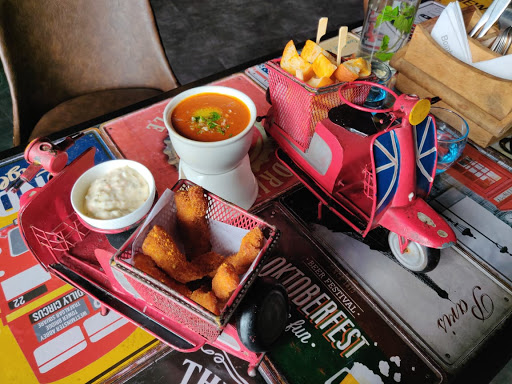 The Absolute Best Chicken Wings In Bangalore
Go Out
1y ago

5 Party Places In Bangalore For A Kickass Night-Out

7 Places In Bangalore That Are Perfect For A Saturday Night 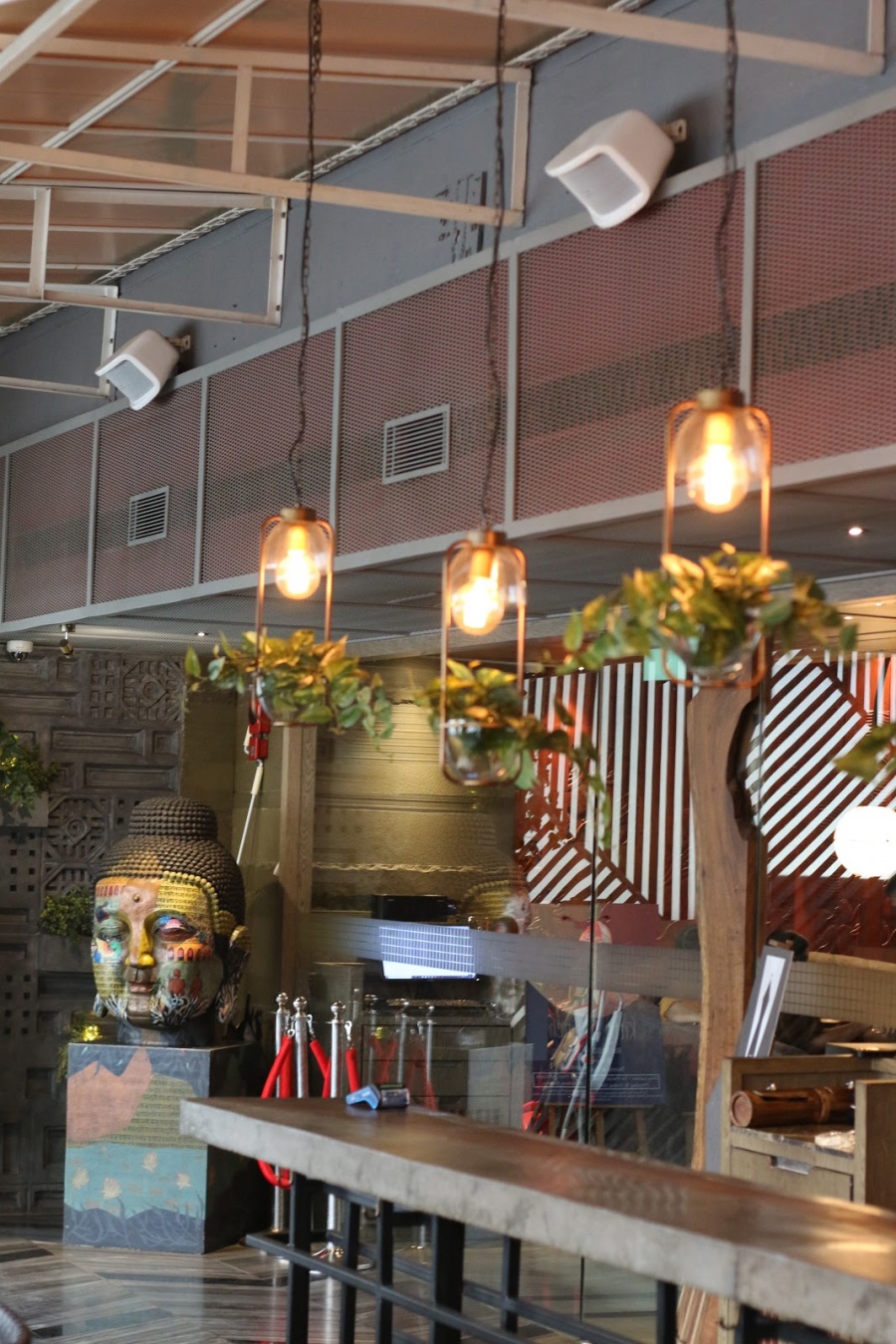