I was never really fond of shopping...until I came to Mumbai. That’s right! I fell in love with shopping only on the streets of Mum-buy. Seriously, the joy of bargaining (which you cannot do in malls), the wit of both the vendor and the customer, the funny dialogues, the adrenaline rush of getting that T-shirt you were eyeing on before the other competitive shoppers saw it and so on.

I could just go on and on about the reasons why I fell in love with it. In short, it’s really exciting. And it gets better if you have your yaars along.

So, once in a while (usually at the beginning of the month) my friends and I hit the streets of Mumbai to shop. Here are some markets where we do our sasta and tikao shopping.

Crawford Market
Did you know? The Crawford Market was officially renamed to Jyotiba Phule Mandai after Independence. But people still call it the Jyotiba Phule Mandal. Built-in the year 1869, this gothic struucture has lent grace to plenty of stalls. Right from fruits to frocks, this place has got you covered. Literally. It’s closed on Sundays but, on other days, this is the best place to get fruits, nuts, and vegetables at wholesale rates. 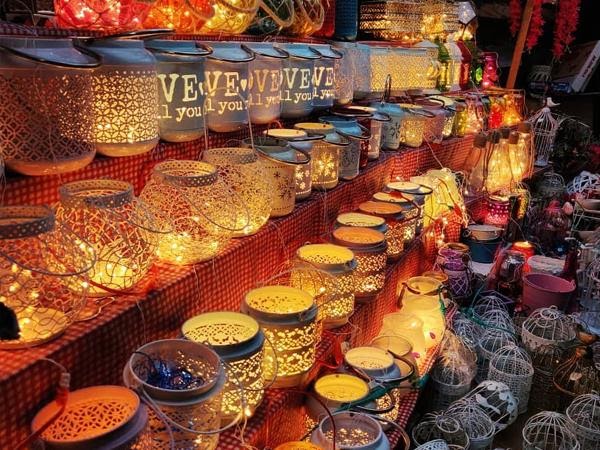 Colaba Causeway
For the love of jhumkas and more, you’ve got to visit this place. I’ve got dresses for Rs.300. The branded shoes, jeans, tops, also antiques and all things fake and reasonable. This is probably the only place where I appreciate the value of things. But you’ve got to bargain for a good price and then maybe refuel at the cafés around. 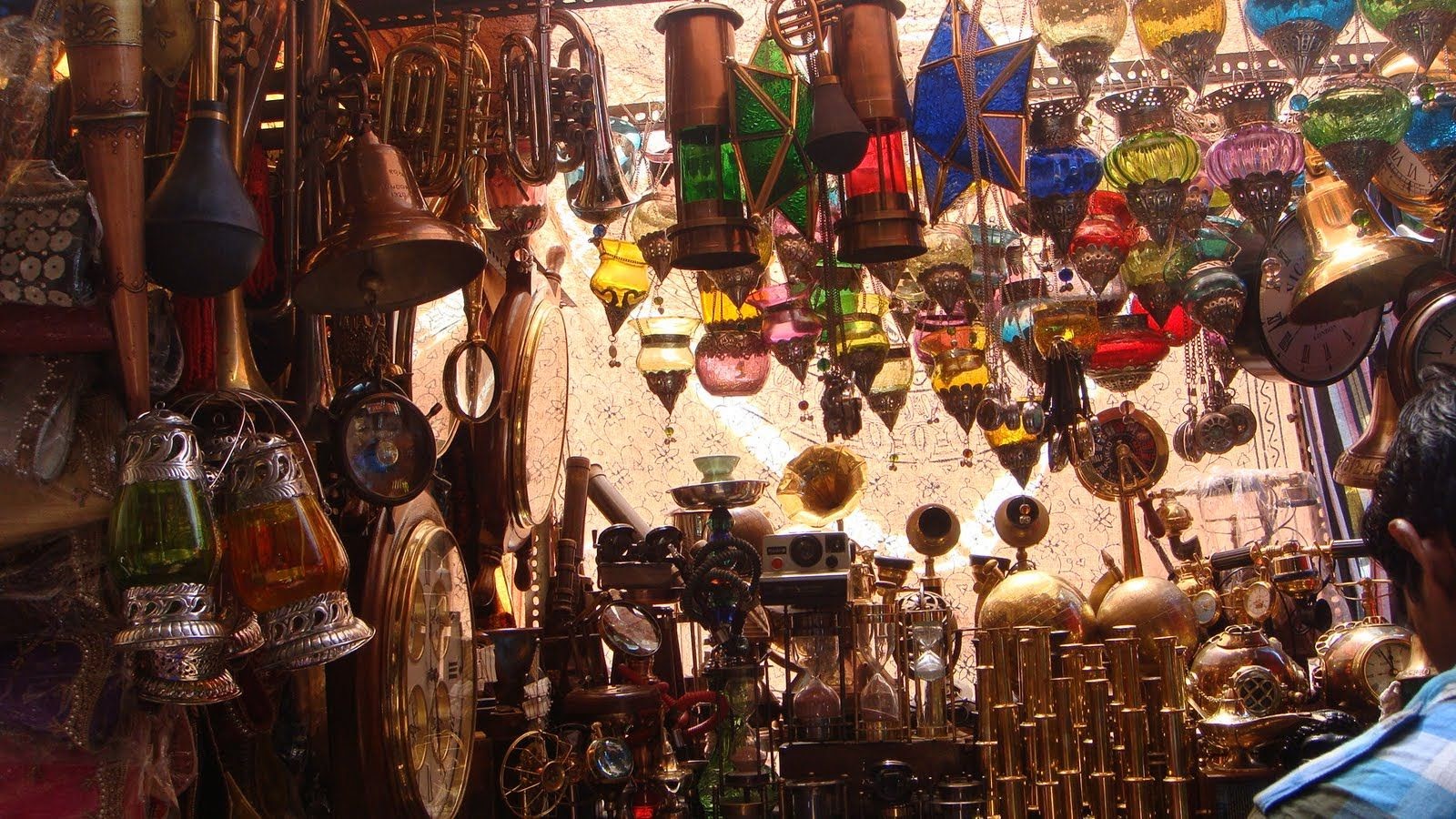 Chor Bazaar
Ceramic door knobs, gadgets, clocks, Bollywood posters, tiles, and other interesting things are found here. So, if you’re into antiques and all of the above or you just want to re-decorate your house, you know where to go. If you’re wondering about the name of the market, here’s a fun fact- it was initially called shor bazaar, which meant noisy market. But the Britishers mispronounced it and called it the chor bazaar and eventually stolen goods made their way into the market. 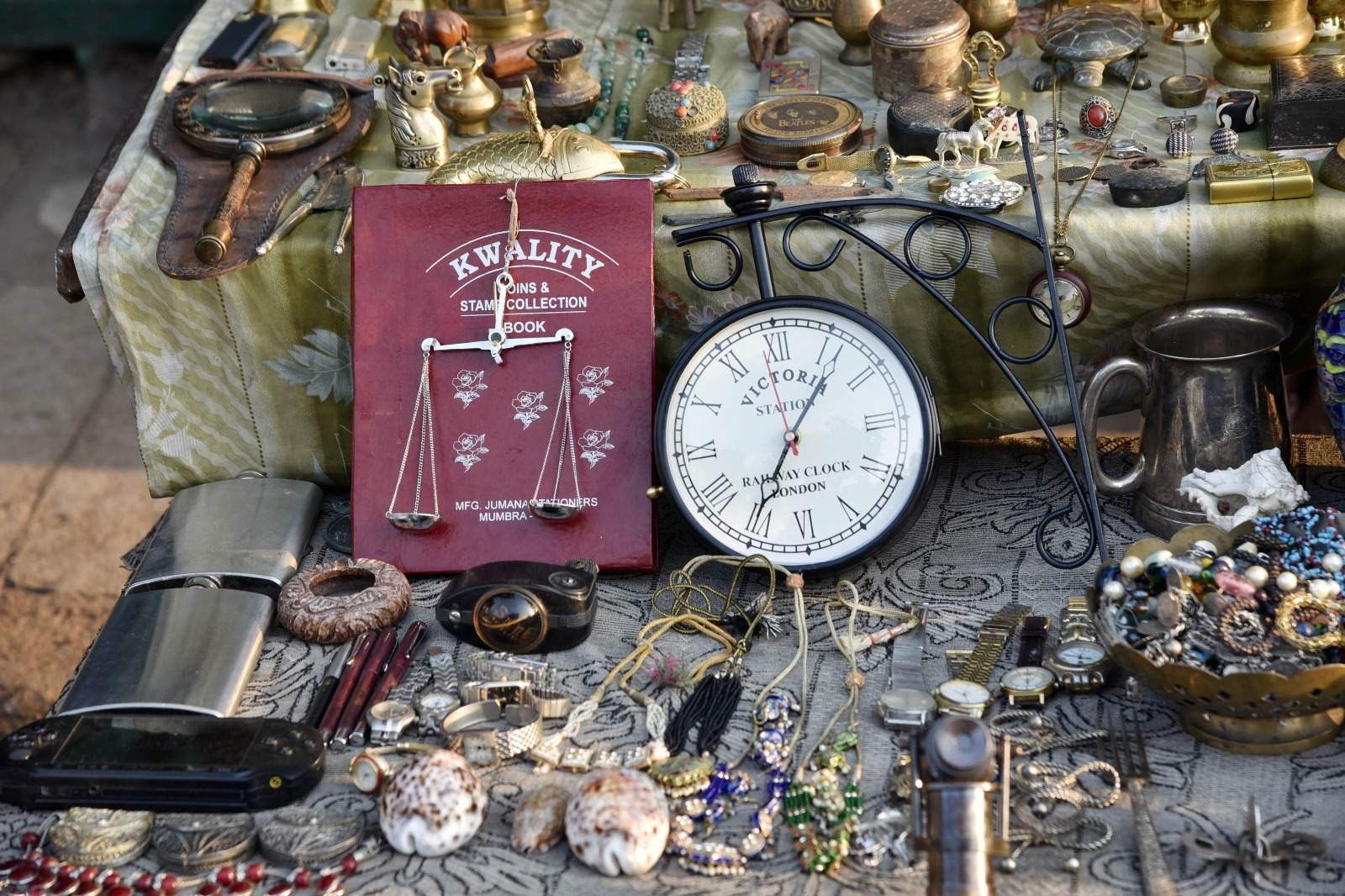 Hill Road
Guess where I learnt the art of bargaining? Yep, Bandra’s Hill road is where my bargaining skills were put to test and from then on it only went uphill. So, if you want to learn and experiment with your street shopping skills, you’ve got to visit
Hill Road, Bandra. Where everyone goes to shop for clothes that aren’t really meant to last, the kind you wear for a season and then replace. After you’re done shopping, head to Elco and have some delectable street food. (especially the pani puri) 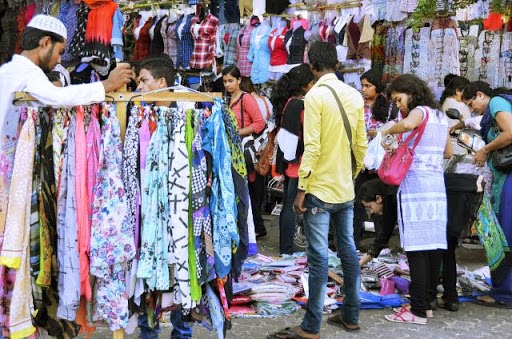 Mangaldas Market
When my friend and I were hunting for places to buy ethnic wear near Crawford market, we stumbled on this one. Be it lehenga, linen for pants or sarees, this place has got it all. Some Indian outfits here on display are dazzling and distracting, so hold on to your wallet and watch your step. Prices are mostly fixed and most merchants only accept cash. So, ethnic day at work? You know where to go. 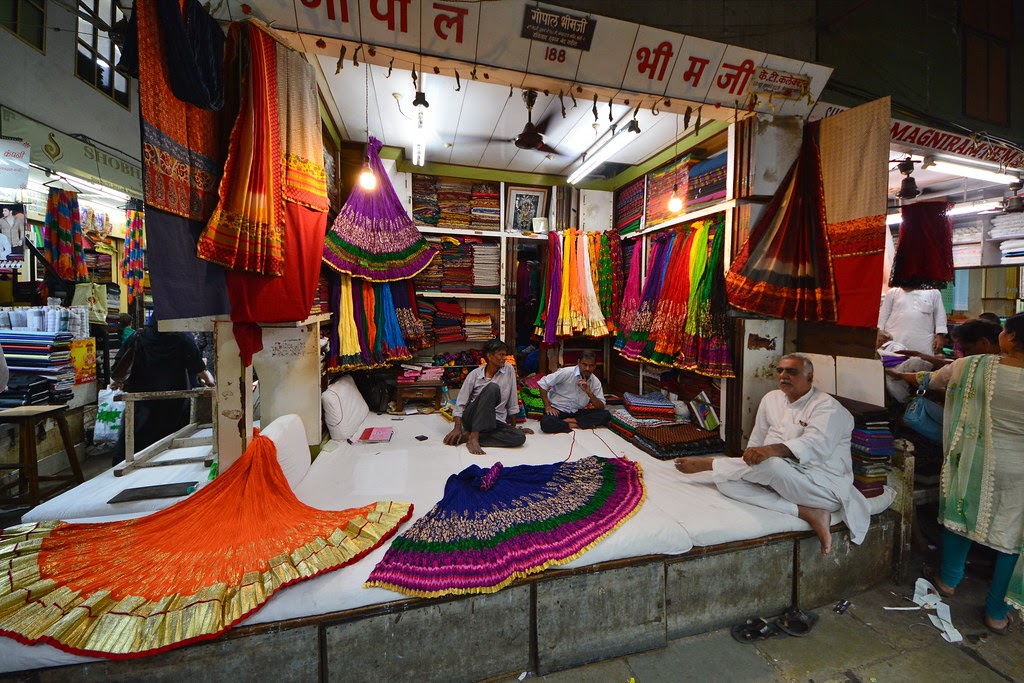 Ninety Feet Road, Dharavi
Not exactly a market, but more of a long street lined with shops that retail leather, this is the place for cheap boots and bags. Until 1996, the slum of Dharavi, which sprawls on either side, used to house all the leather tanneries. Things have changed now, but the traders still live here and sell not just customised shoes that can be made to order in two days, but also designer handbags. 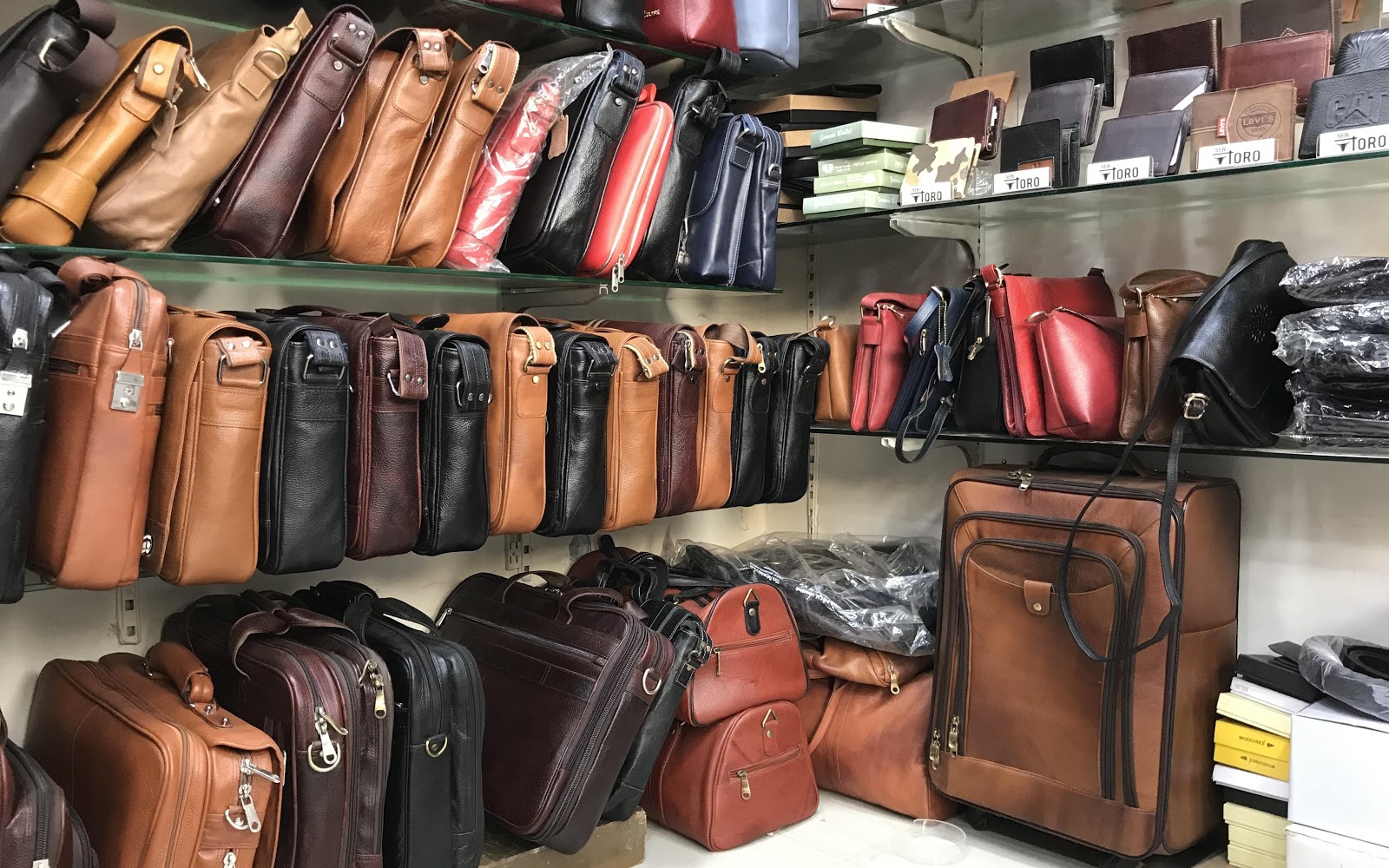 Lamington Road
Yeh hai Mumbai meri jaan! The city of dreams has been a home to the Bollywood and advertising industry. Most of the audio and visual equipment used in Bollywood films and TV advertisements originates right here in Lamington Road. Though Fort is the area for camera repairs, for other electronics like microphones, laptops, lights and speakers, the solution is found somewhere in this warren of stores. And if you don’t find something, tension nai leneka maamu, just ask around. 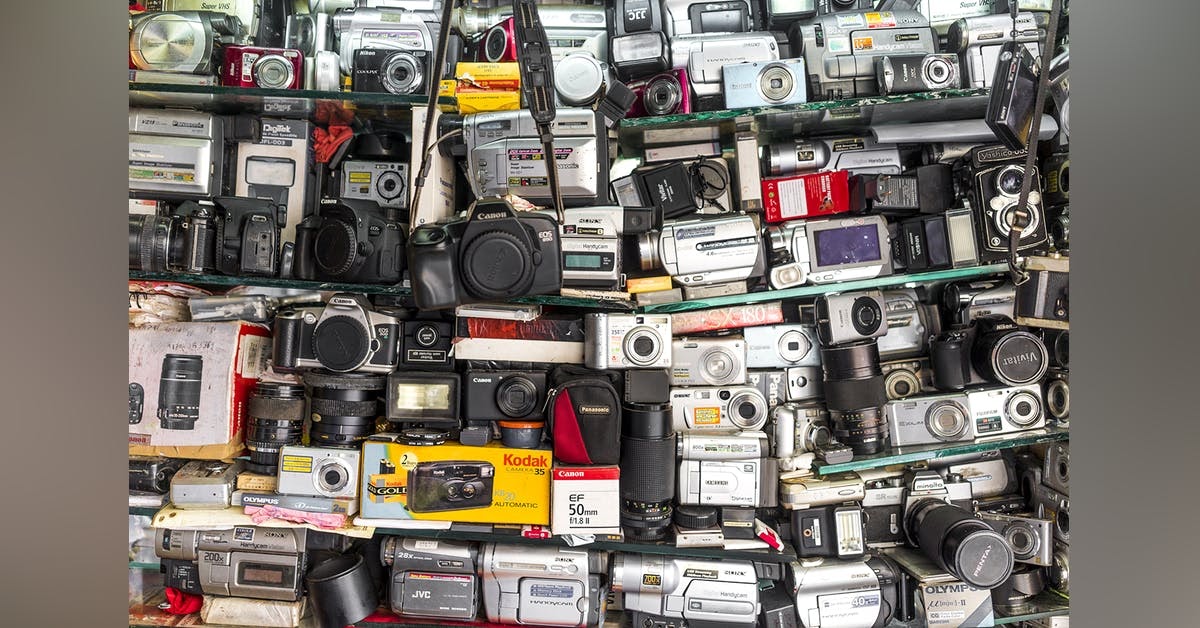 So, if you really want to spend some quality time with your yaars who are visiting the city, just take them street shopping. You’ll have fun, I promise. 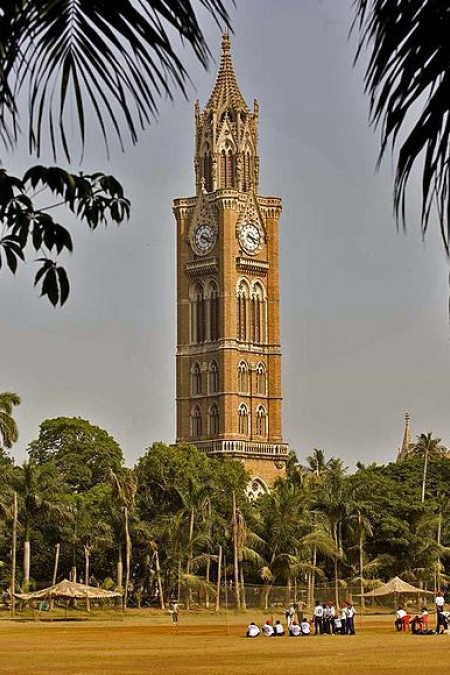 Where To Eat On The Street: Mumbai Edition

Mishmash Your Way To Some Epic Fusion Cuisine in HSR Layout