Skip to main content
What The Scotch! Decoding The Single Malt Whisky
Drinks
1y ago

What The Scotch! Decoding The Single Malt Whisky

Single Malt Scotch, like vintage wine or a Tiffany’s diamond can be really expensive and a wee bit complicated. But for good reason!

It isn’t the drink you just glug and forget, it is a smooth dram that demands appreciation.

And, that comes when you know everything there is to know about this precious pour.

So, let’s dive straight into this Scotch guide before we open up another bottle.

The Short Version…
A single malt is defined as a whisky made from one grain and distilled at a single distillery.

What else matters?
Here’s what you pay the big bucks for.
Aged spirit: A single malt whisky has to be aged for at least three years in an oak cask in Scotland.
ABV: It has to be then bottled at no lower than 40% ABV (alcohol by volume).
And, that is what it takes to be a good Single Malt Scotch. 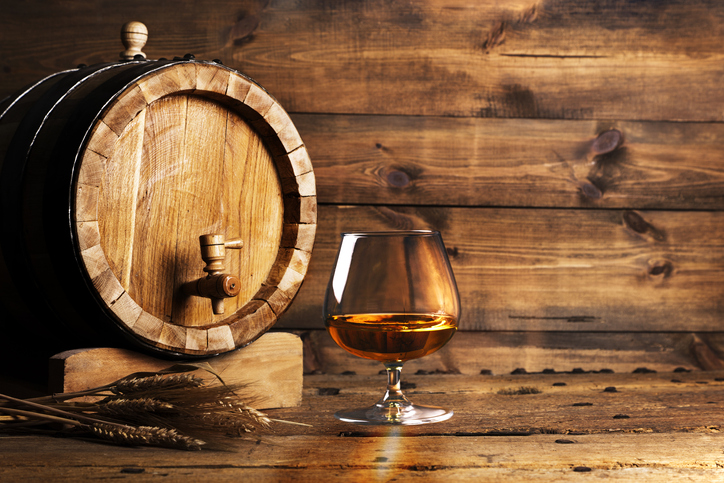 Scotland is divided into four regions – Highland, Lowland, Speyside and Island. There are distilleries located in all these regions. Here’s a lowdown on the Single Malt Scotch whiskies from each region.

Talisker
(Island Single Malt Scotch)
Powerful, smoky, and made by the sea!

The perfect companion for when the day is done. Smooth, smoky with a comforting afterglow, it’s  warm, subtle smokiness is best sampled neat.

Region - A classic Island whisky from the oldest distillery on Skye.
Nose - Powerful peat-smoke with just a hint of the sea-water salt from fresh oysters, along with a citrus sweetness.
Palate - A rich dried-fruit sweetness, clouds of smoke, strong barley-malt flavours, warming and intense. Peppery at the back of the mouth.
Finish- Huge, long, warming and peppery finish with an appetising sweetness.
Pairs well with -  Seafood can be paired with a variety of whiskies, but one of the best combinations is a Talisker 10 Year Old Scotch, for its spicy, peaty character. 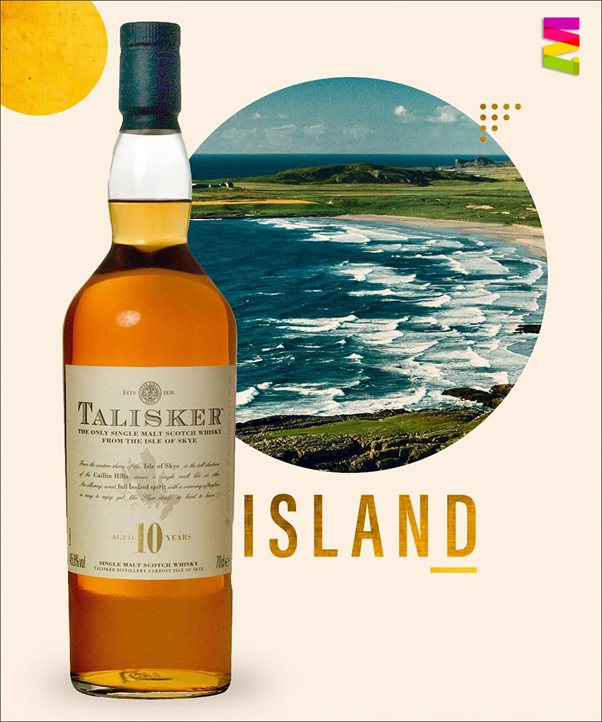 Region - An aromatic, drying Speyside.
Nose - Spicy nose-prickle at first, then gently developing a rich, creamy-smooth nature, scented sandalwood, and sweet fruit, with hints of strawberry fudge.
Palate - Sweet and spicy to taste at full strength. Chewy yet vivacious, with good intensity and fruity, sweet, deep notes of violets and bittersweet orange peel and ginger.
Finish - Warming, powerful, drying and cleansing; aromatic and lightly tart, with some late eucalyptus in the attractive perfumed aftertaste.
Pairs well with - The greenwood, citrus fresh flavours and dry spice of Glendullan makes it delicious with buffalo mozzarella and air-cured hams. 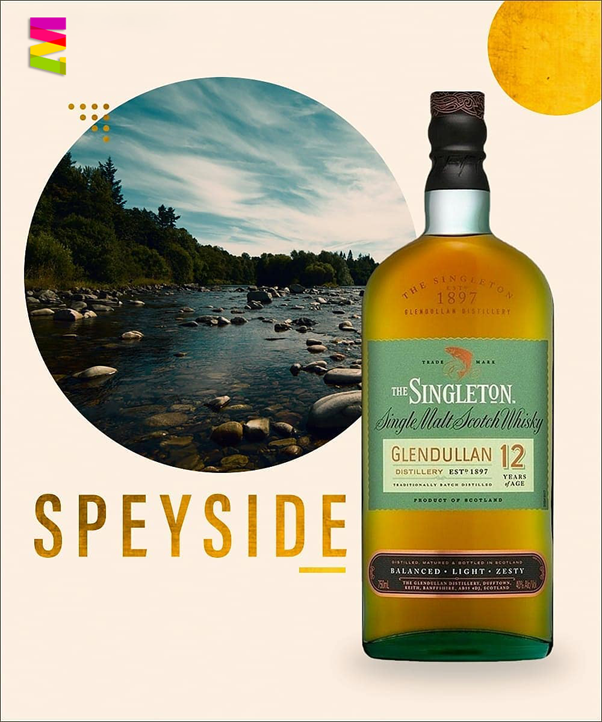 Glenkinchie
(Lowland Single Malt Scotch)
If you wish to taste a light and sweet whisky, but are also looking for something spicy and subtly smoked? Give Glenkinchie from the Lowlands a try.

Also known as ‘The Edinburg Malt’, this one makes a delightful aperitif. Serve it in a martini glass with a few drops of water for a little flare. 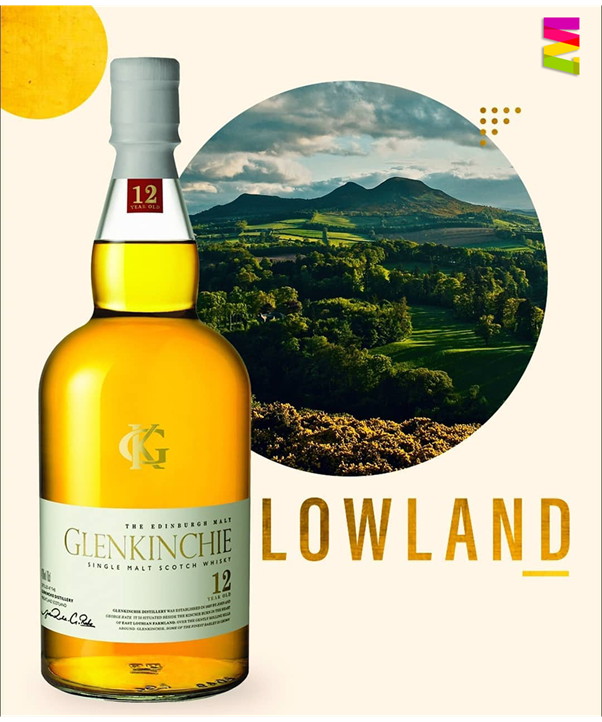 Clynelish
(Highland Single Malt Scotch)
One of the famous characteristics of Clynelish Whisky is a rich "waxy" flavour.
Tasting like orange zest with citrus saltwater taffy, Clynelish features a Scottish Wildcat on its label.

Made your notes on Single Malt Scotch? Well, you can now be crowned a whisky connoisseur or at least win bragging rights among your whisky drinking friends. 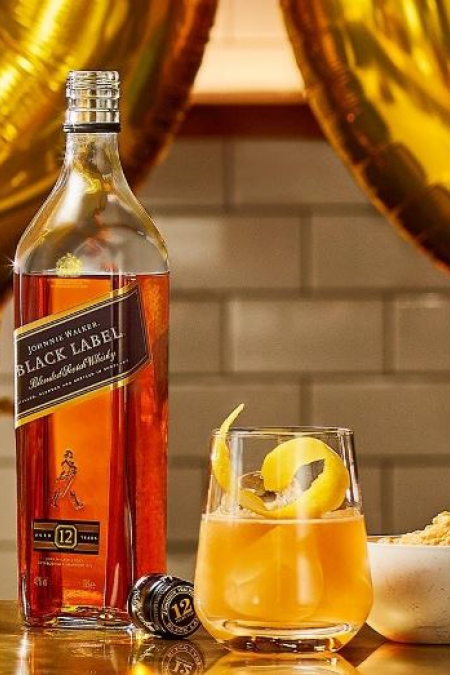 Whisky Cocktails So Good Even Non-Whisky Drinkers Will Like

Whisky Lovers Unite At These Top Whisky Bars Across India 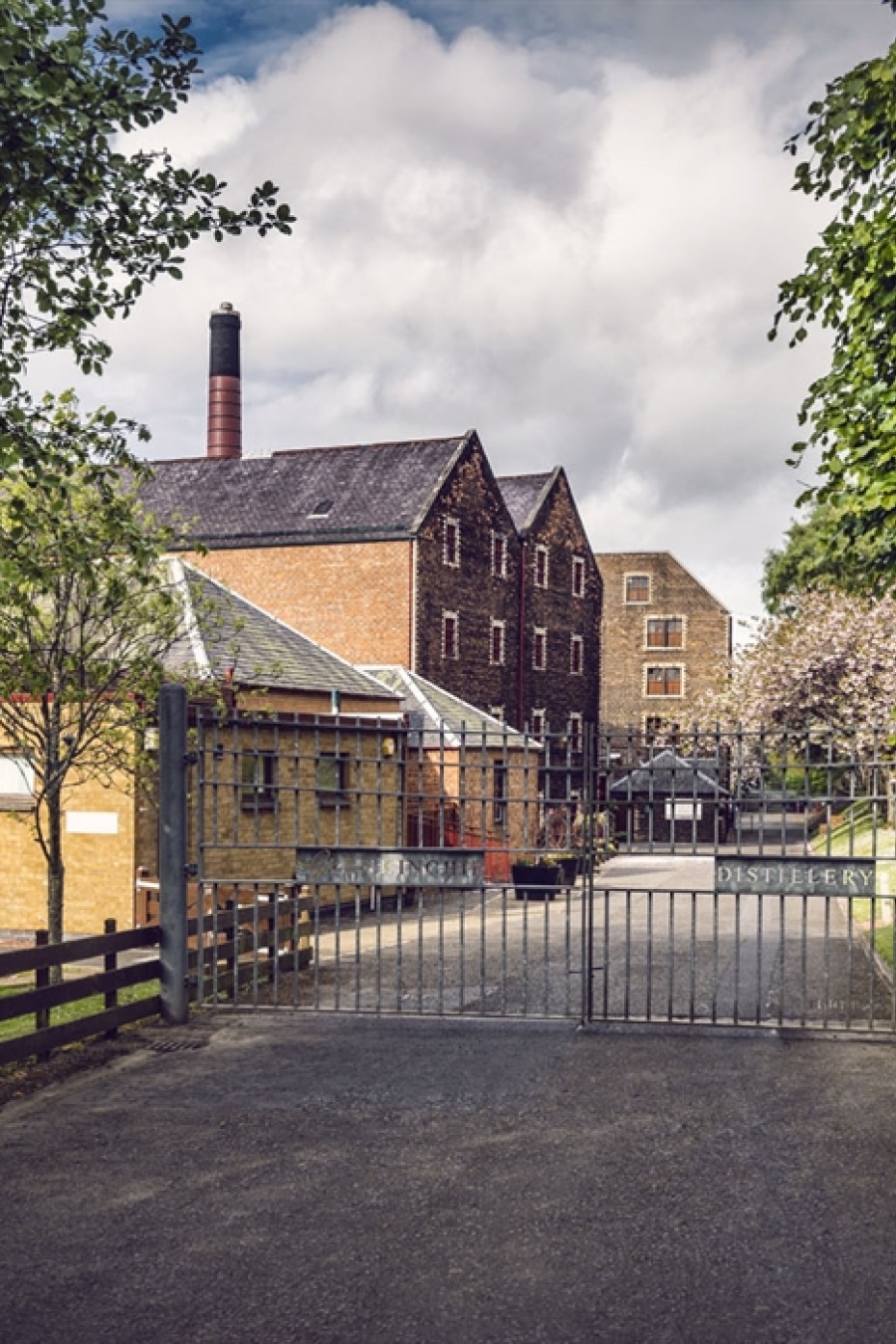 Walk The Whisky Trails Of Scotland With A Distillery Tour